Ranked 4th in the world for Marine and Freshwater Biology

Learning about the lives of top predators such as seals in the Antarctic and Southern Ocean is a major focus for IMAS scientists and their Australian and international colleagues. 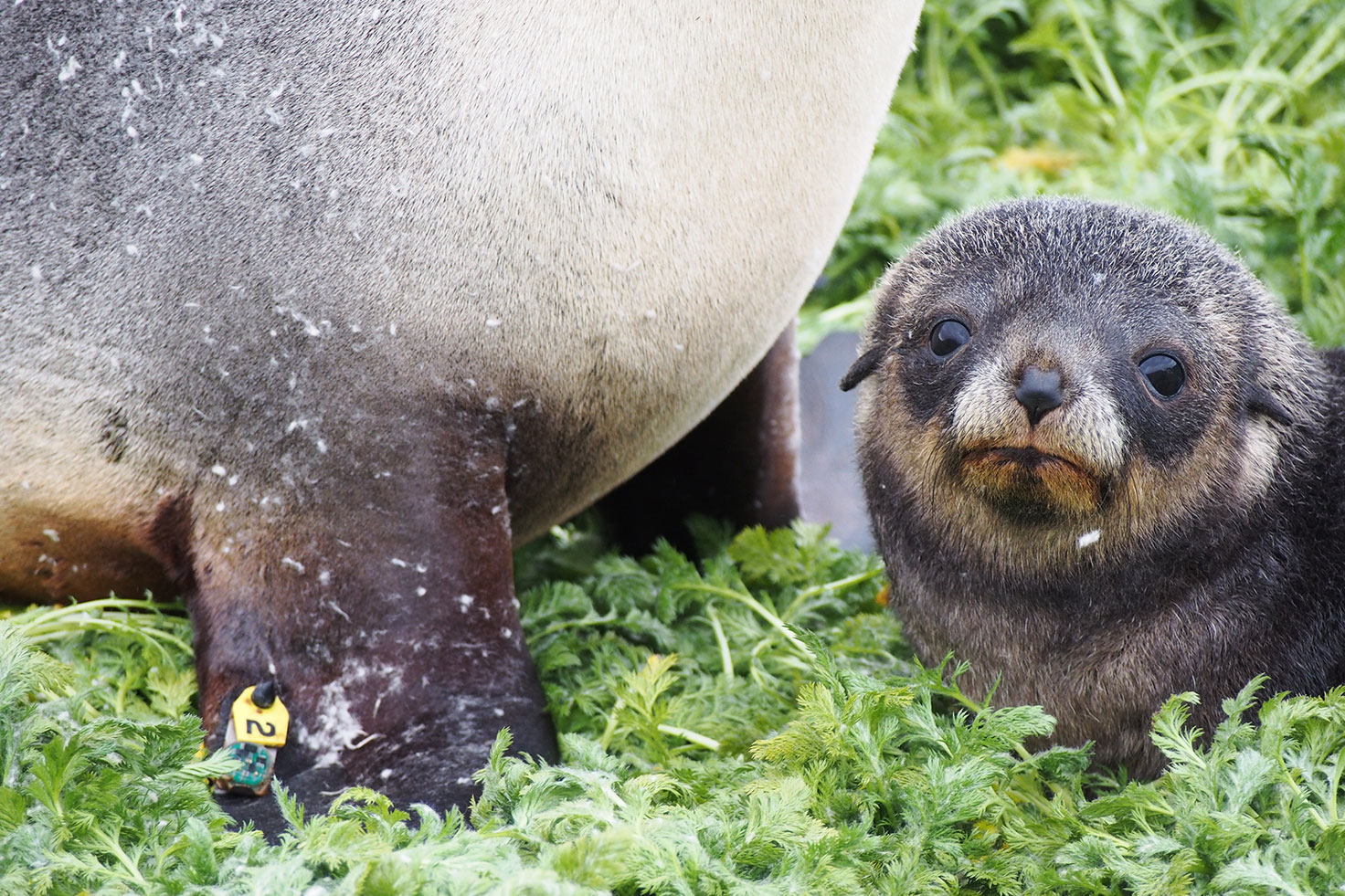 In a separate IMAS study, elephant seals are carrying small satellite-linked sensor packs with on-board trackers to provide high-resolution observations of the ocean south of 60°, yielding vital data that could not be collected by conventional means such as ships or ARGO floats.

Of particular interest to the team of international researchers are the continental slope and shelf regions around Antarctica, with the study providing unprecedented insights into seal ecology and climate adaptation while allowing a better understanding of the ocean’s role in climate change. (Map, left, shows the tracks of seals moving south from Isle Kerguelen to the Antarctic, with temperature profiles to depths of more than 1000m. Inset, image of juvenile southern elephant seals - the one on the right wearing a state of the art depth recorder. Credit: Clive McMahon).