Role of the Board

The role of the IMAS Board is to: 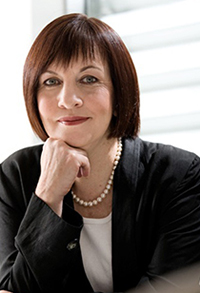 Professor O’Kane is also the New South Wales Chief Scientist & Engineer and a company director being Chair of the Development Gateway and the Development Gateway International, Chair of the Cooperative Research Centre for Spatial Information, and a director of PSMA Ltd, Business Events Sydney, National ICT Australia Ltd, and the Capital Markets Cooperative Research Centre. She is also a trustee of the New Zealand Antarctic Research Institute and a member of the DSTO Advisory Board.

Professor O’Kane was Vice-Chancellor of the University of Adelaide from 1996-2001. She was formerly Chair of the Australian Centre for Renewable Energy and is a former member of the Australian Research Council, the Co-operative Research Centres (CRC) Committee, the Tax Concession Committee, the board of the CSIRO, and the board of F.H. Faulding & Co Ltd. She is a Fellow of the Academy of Technological Sciences and Engineering and an honorary Fellow of Engineers Australia.

In 2016, Professor O’Kane was recognised as one of Australia’s leading scientific experts and consultants when she was made a companion of the Order of Australia for her eminent service to the field.

Terry Bailey is Executive Director of IMAS.  He is an experienced senior executive and director with over 30 years of management and leadership experience in the public sector, including as Chief Executive of the NSW Office of Environment and Heritage and as Assistant Secretary responsible for heritage in the Commonwealth Government.

Terry has strong research, analytical and communication skills, developed through a career as law reformer, policy advisor and community educator, both at a State and Federal level. Significant public policy reforms that Terry has led, include coastal legislation, biodiversity conservation legislation and climate change policy for NSW. He also led the administration and reform of the Aboriginal and Torres Strait Islander Heritage Protection Act 1994 (Cth) and oversaw reforms to the Aboriginal Cultural Heritage provisions of the National Parks and Wildlife Act 1974 (NSW).

Terry is a visiting Associate Professor at the Fenner School of Environment and Society, at the Australian National University, where he teaches and assesses in the areas of biodiversity, environment, heritage and public policy. He holds a Bachelor of Applied Science (Deakin), Master of Business Administration (Deakin) and Master of Public Policy and Management (Monash). Professor Koutoulis completed his BSc(Hons) and PhD at the School of Botany, University of Melbourne. He undertook post-doctoral research at the University of Adelaide and Worcester Foundation for Biomedical Research in Massachusetts, USA before joining the University of Tasmanian in 1996.

With an international reputation in hop (Humulus lupulus L.) research, Professor Koutoulis’ work spans cell and molecular biology, plant breeding, genetics, analytical chemistry and biotechnology. By working collaboratively with industry and government agencies for over 20 years, he aims to make a positive contribution to the bio-based economy and regional communities in the global context. He has attracted over $11 million in research funding and continues to undertake research.

A firm believer in the role universities play in both developing individuals and transforming societies, Professor Koutoulis has maintained a strong teaching practice for the last 23 years. He has developed courses and undertaken major curriculum reviews in the Biological Sciences and his teaching has been recognised at both a local and national level. He is especially passionate about training the next generation of scientists. Kim has been a Head of Agency in Tasmania for over twenty years and was appointed Secretary of the Department of State Growth in September 2014. Kim also holds the positions of Chief Executive Officer and a Director of the Tasmanian Development Board. Prior to this he was the Secretary of the Department of Primary Industries, Water and Environment.

Kim currently sits on the Boards of the Macquarie Point Development Corporation, Tasmanian Leaders, and is the State Government’s representative on the Board of SALTAS, a company established to assist the development of the Tasmanian salmon industry. He is the current co-Chair of the Hobart City Deal Implementation Board. He has previously been the Chair of both the Tasmanian Aquaculture and Fisheries Institute and the Tasmanian Institute of Agriculture.

He is a member of various committees including the Antarctic Working Group, the Premier’s Visitor Economy Advisory Council, and the Tourism 21 Steering Committee, and is the state’s representative on several national bodies including the Infrastructure and Transport and Senior Officials’ Committee. 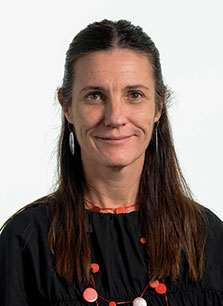 Professor Nicole Webster is the Chief Scientist of the Australian Antarctic Division.

As a marine microbial ecologist, she has moved from the tropics to the poles, studying how microorganisms contribute to the health of the Great Barrier Reef, and the utility of microbes as biomarkers for environmental stress in the Ross Sea of Antarctica.

Over the last two decades, she has worked as Principal Research Scientist at the Australian Institute of Marine Science, and Deputy Director of the Australian Centre for Ecogenomics at The University of Queensland.

In 2021 Nicole was selected to become the Chief Scientist at the Australian Antarctic Division where she is looking forward to developing the innovative and collaborative pathways needed to improve understanding, management and conservation of this wild and fragile ecosystem. 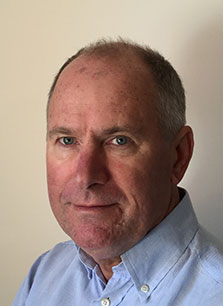 Mark is a former Australian Public Service Deputy Secretary. He worked in the portfolios of Agriculture, the Environment, Communication and the Arts, and Prime Minister and Cabinet.

Mark has been involved in most of Australia's natural resource management priorities over the last 30 years providing policy advice to governments and implementing significant funding programs and legislation.

He has a Bachelor of Science degree with honours and early in his career conducted research in Antarctic coastal marine ecosystems.