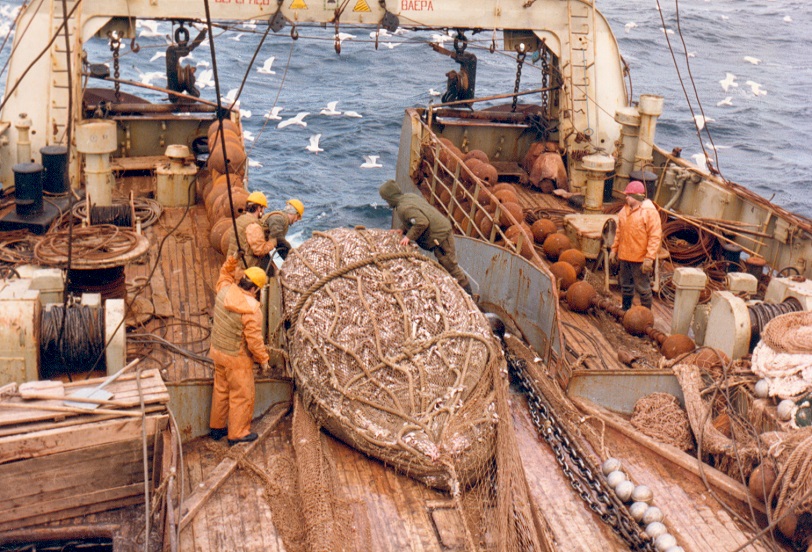 Global food production is suffering from an increasing number of “food shocks”, with most caused by extreme weather and geopolitical crises.

An international study led by researchers from IMAS and the Centre for Marine Socioecology looked at the incidence of land and marine food shocks - sudden losses in food production - between 1961 and 2013.

The research, published in the journal Nature Sustainability, identified 226 food production shocks across 134 nations over the 53-year period, noting an increasing frequency of shocks across all sectors on a global scale.

Lead author Richard Cottrell said extreme weather was a major cause of shocks to crops and livestock, highlighting the vulnerability of food production to climate and weather volatility.

“In recent decades we have become increasingly familiar with images in the media of disasters such as drought and famine around the world,” Mr Cottrell said.

“We found that crops and livestock are slightly more shock-prone than fisheries and aquaculture, and some regions, such as South Asia, are more frequently affected than others.

“While the number of food shocks fluctuates from year to year, the long-term trend shows they are happening more often.”

“Reduced recovery time hinders coping strategies such as accumulating food or assets for use during times of hardship.

“Combined with adverse climate conditions, conflict related shocks to food production across sub-Saharan Africa and the Middle East have led to a rise in global hunger since 2010.

“Land-based crop and livestock production are particularly vulnerable to extreme weather events such as drought, which are expected to become more frequent and intense with climate change.

“However, marine-based food production is not immune from shocks.

“Overfishing was responsible for 45 per cent of shocks detected in landing data, while disruptions to aquaculture production have risen faster and to a higher level than any other sector since the 1980s.

“Globalised trade and the dependence of many countries on food imports mean that food shocks are a global problem, and the international community faces a significant challenge to build resilience.

“This can be done through measures such as investing in climate-smart food systems, and building food reserves in import-dependent nations so they are better able to deal with the impact of disruption caused by problems such as climate change,” Mr Cottrell said.

(Image, above right: Courtesy of Canadian Government Fisheries Department taken by officers as part of routine surveillance within Canadian waters)