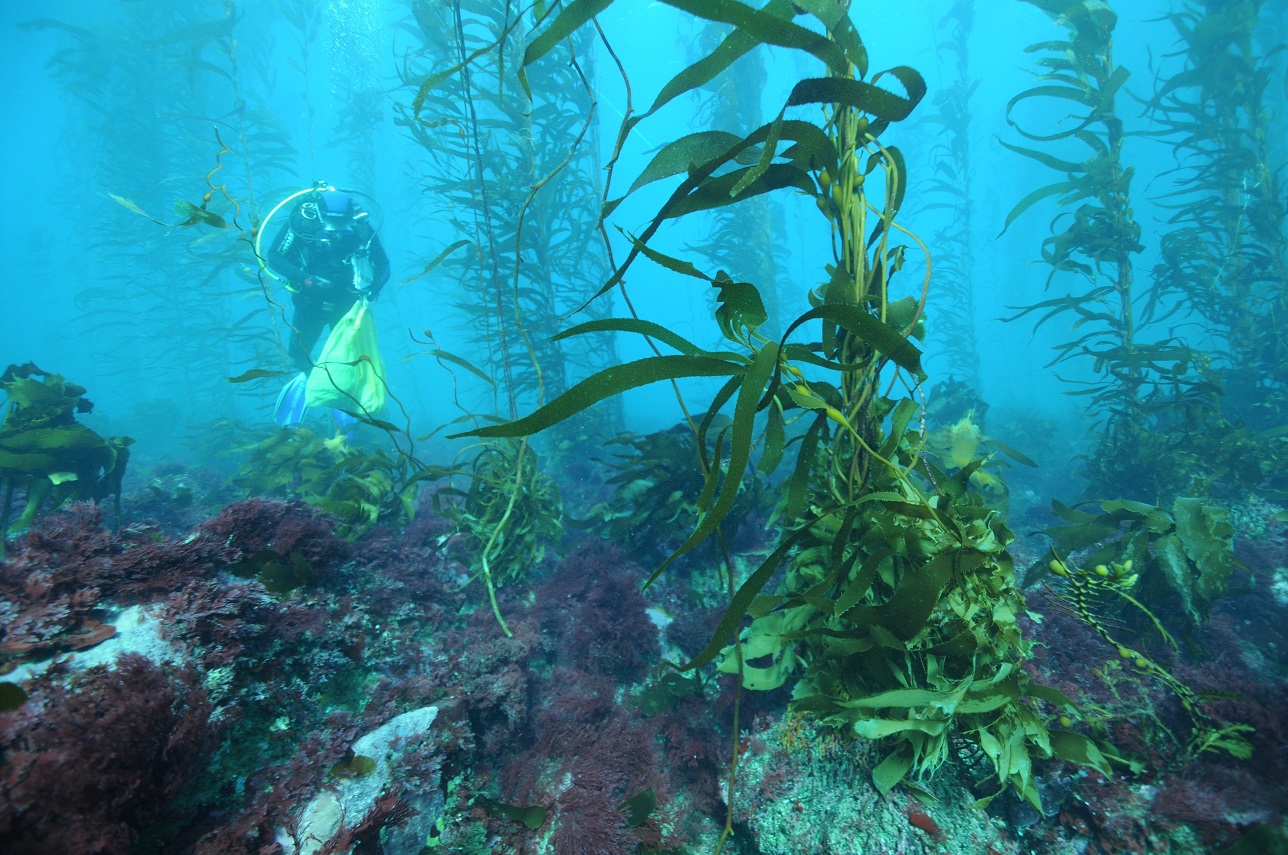 IMAS scientists have joined researchers from around the world to provide the first global picture of how kelp forests have changed over the last 50 years in response to stresses caused by human activity.

Conducted by an international team of 37 scientists who analysed trends from 1138 sites across 35 regions, including Tasmania, the study found that, in contrast to global declines in corals and seagrasses, kelp forests have proved surprisingly resilient in some areas.

IMAS Professor Craig Johnson, a co-author of the study along with IMAS colleagues Prof Graham Edgar, Dr Neville Barrett and Dr Scott Ling, said that while kelp had declined in 38 per cent of the regions studied it had increased in 27 per cent and remained stable in 35 per cent.

“There are several regions in Australia where there have been significant and widespread losses of kelp – in Western Australia, around Sydney, north of Sydney, and in SE Australia, including Tasmania – and in each region the mechanism of loss is quite different,” Prof Johnson said. “In Tasmania we have seen a rapid and catastrophic loss of the kelp forests that dominated the State’s eastern and south eastern coastlines until very recently.

“Fortunately, this research shows that the experience in Tasmania is not being repeated worldwide.”

Led by researchers from Canada’s Simon Fraser University (SFU) and published today in the prestigious US journal Proceedings of the National Academy of Sciences (PNAS), the study found that while global climate change is affecting kelp forests worldwide, the impacts vary by region depending on local conditions, the kelp species, and other stressors.

“Our results were surprising. We expected to find that kelp has been declining globally, like many other species, but what we actually found is a much more complex story,” SFU lead author Kira Krumhansl said.

“We saw some declines, but there were many places where kelp abundances were steady or even increasing.”

The study suggested that one of the likely reasons that kelp is faring better than some other species is its unique capacity to recover quickly from disturbances.

"A whole forest of giant kelp can disappear in a season, and it is tempting to overreact to such dramatic change," Florida State University’s Andrew Rassweiler said.

"This study presents important context for such changes; kelp can recover just as fast, and all these rapid local dynamics have added up to relative stability at the global scale over recent decades," Dr Rassweiler said.

“However, while these results are welcome at one level, there is no reason for complacency, and given their high productivity and importance in supporting marine biodiversity, it is certainly a serious concern that decline in kelp was observed at 38% of the sites examined,” Prof Johnson said.

Click here to read the paper at the PNAS site.