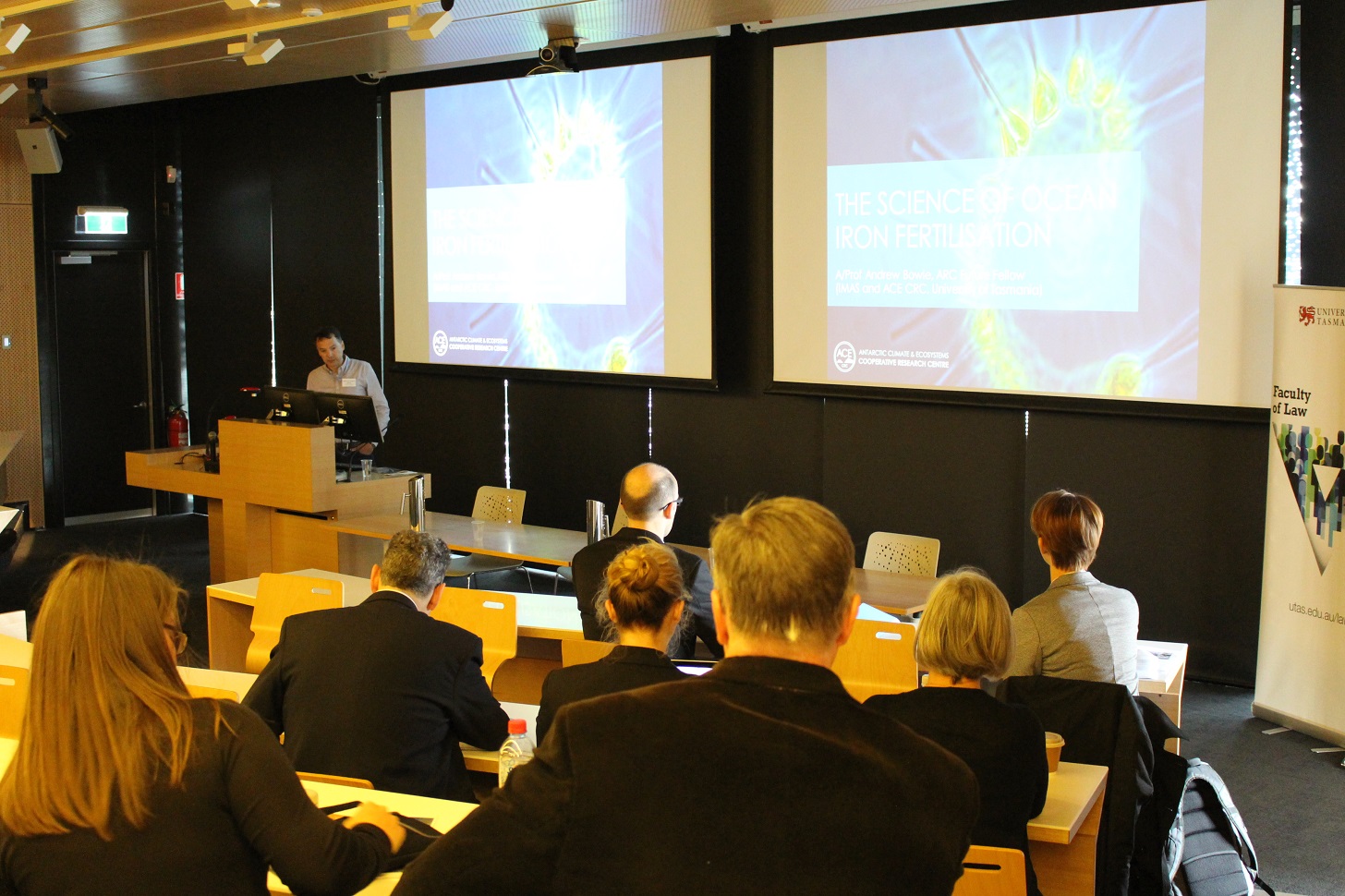 Proposals to combat climate change by manipulating natural ocean processes have come under close scrutiny by climate scientists, legal experts and policy makers during a one-day Symposium on Marine Geoengineering hosted by IMAS and co-sponsored by the Antarctic Climate & Ecosystems CRC.

Marine geoengineering is the intentional, large-scale manipulation of ocean systems, and is one of a number of technological approaches put forward by proponents as a way to offsetting the effects of human caused climate change.

Symposium organiser, Dr Jeffrey McGee, from IMAS and the Faculty of Law, said the event brought together experts from across many disciplines to better understand the legal, economic and environmental challenges surrounding marine geoengineering.

“Given the current warming trajectory, many scientists now question whether the 1.5- 2°C target agreed in Paris during December 2015 can be achieved without the use of some geoengineering technologies,” Dr McGee said.

“It appears more likely that carbon dioxide removal strategies will be developed and promoted as part of the human response to climate change. 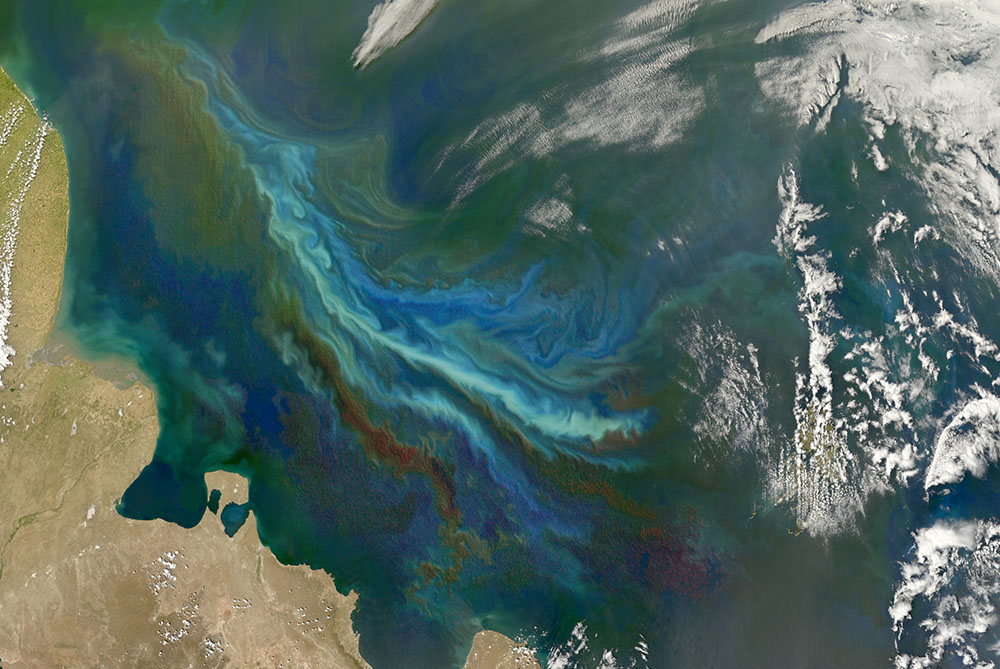 “Any new role for these so-called ‘negative emissions technologies’ will raise many questions about the governance of marine geoengineering in Australian and international law.

“Given the urgency of the climate challenge and the uncertainties surrounding these proposals, we will need a robust system of governance in place at a domestic and international level to address the potential economic, social and environmental impacts of marine geoengineering.”

“Today’s symposium aims to tackle some of these challenges, by looking at what is needed to better respond to the domestic and international governance challenges we are likely to face.”

Professor Philip Boyd, from the Institute for Marine and Antarctic Studies and the Antarctic Climate & Ecosystems CRC, said there are still many unknowns.

“There is a growing sense of urgency to address the challenges of climate change, but there are still many unanswered questions around the potential environmental, social, legal and geopolitical issues surrounding the marine geoengineering debate.

“If society decides to go down this route in future, it will require a holistic assessment that brings on board knowledge and expertise across multiple disciplines.”

Professor Boyd recently commenced an Australian Laureate Fellowship from the Australian Research Council to evaluate the multi-faceted debate around intentional fertilisation of the Southern Ocean, as a framework to assess future research governance and to inform international policy on the use of geoengineering.