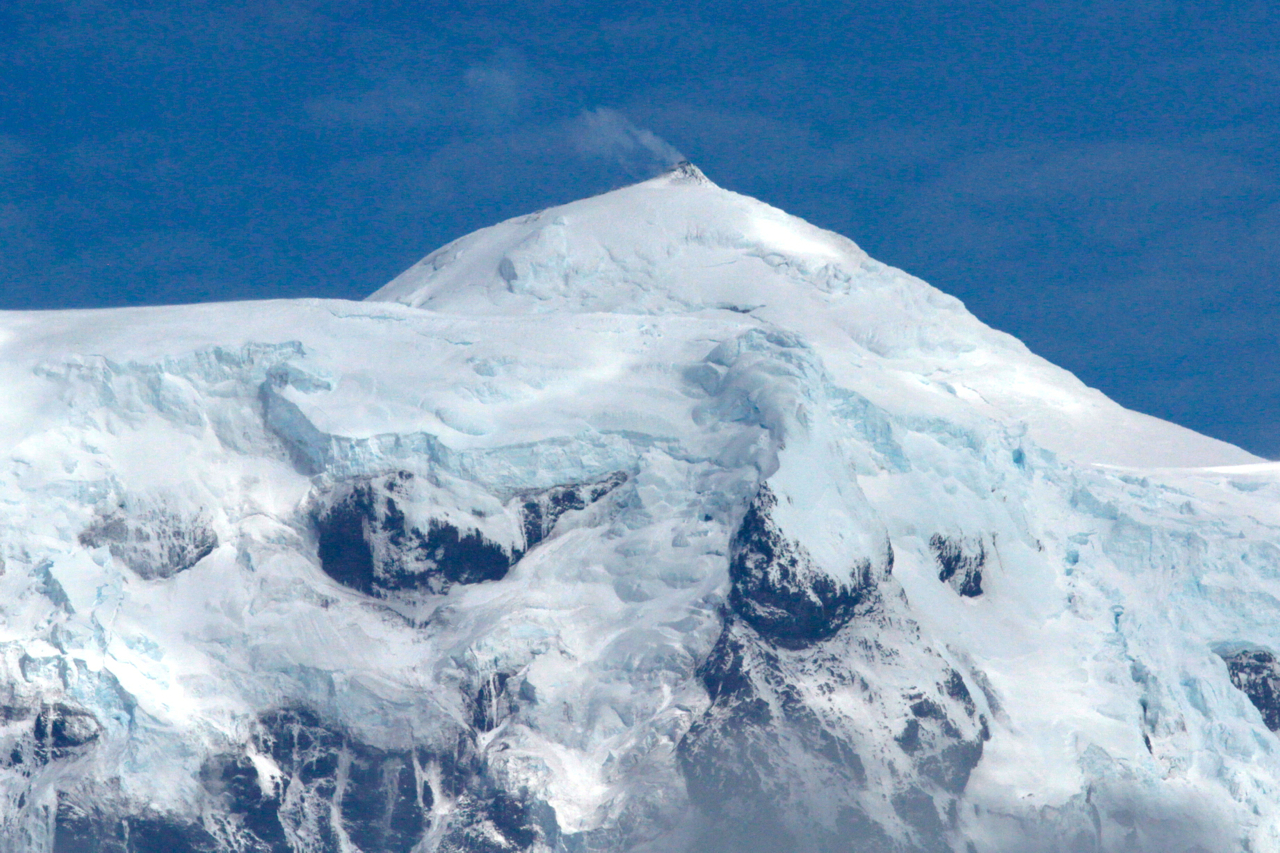 Scientists on board the CSIRO research vessel Investigator have taken rare footage of an eruption of the Big Ben volcano on remote sub-Antarctic Heard Island during an IMAS voyage to the Kerguelen Plateau.

Big Ben, which includes the 2,745 m tall Mawson Peak, the highest mountain on Australian territory north of Antarctica, is known to have erupted at least three other times since 2000.

But the remoteness of Heard Island and the neighbouring McDonald Islands, also an active volcano, means eruptions are rarely glimpsed by people and usually only recognised from sparse satellite images. Investigator is circling the islands on the sub-Antarctic Kerguelen Plateau as part of an IMAS-led voyage to study the link between active volcanoes on the seafloor and the mobilisation of iron which enriches and supports life in the Southern Ocean.

The voyage's Chief Scientist, IMAS Professor and geophysicist Mike Coffin, said the sighting of an erupting Big Ben was a surprising but welcome bonus. "Seeing vapour emanating from both of Australia's active volcanoes and witnessing an eruption at Mawson Peak have been an amazing coda to this week's submarine research. We have 10 excited geoscientists aboard Investigator, and our enthusiasm has spread to our 50 shipmates," Professor Coffin said.

Jodi Fox, a PhD candidate in Earth Sciences at the University of Tasmania, has now fulfilled long-held ambitions to see Heard Island and to observe an eruption of Mawson Peak. "I'm doing my PhD on Heard Island volcanism, and to see lava emanating from Mawson Peak and flowing down the flank of Big Ben over a glacier has been incredible. Given persistent cloud cover and generally foul weather, I didn't think we'd even see Mawson Peak on this voyage," Ms Fox said. 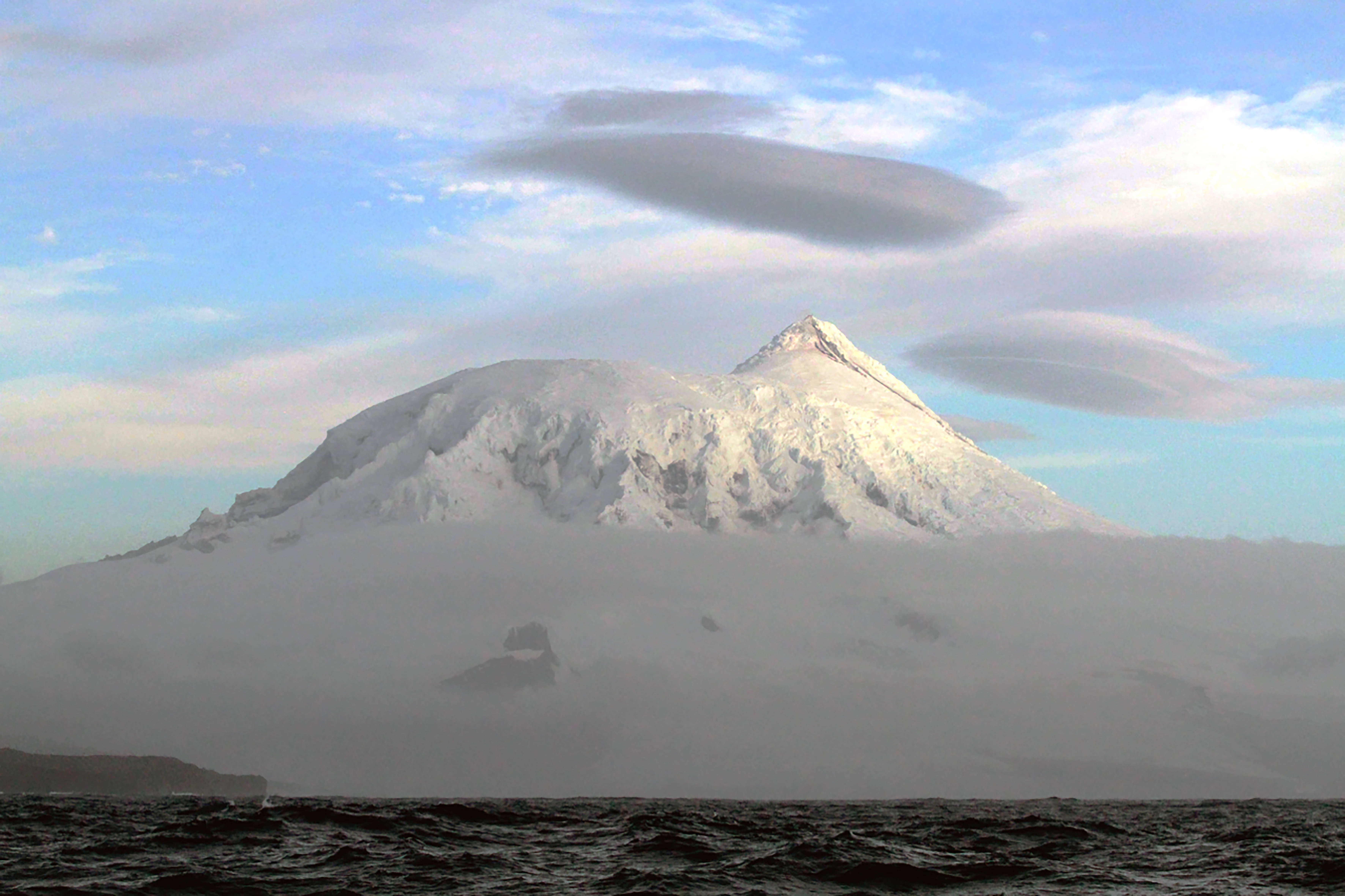 Although only three weeks into their 58-day voyage, scientists on board Investigator have already identified more than 50 potential underwater hydrothermal plumes using shipboard sonar systems that image the seafloor and water column.

The scientists are using a deep-tow camera to photograph and video the sea floor, and are carrying out water and seafloor sampling to establish if the plumes represent hydrothermal systems associated with active underwater volcanoes.

If the IMAS voyage proves that iron from underwater volcanoes exerts control on the dynamics of phytoplankton blooms and fertilising the Southern Ocean, it will be the first proven link globally between solid Earth processes associated with hotspot volcanism and oceanic biological processes.

Phytoplankton are the foundation of life in the Southern Ocean ecosystem and contribute at least half of the oxygen in our atmosphere, as well as impacting carbon, nitrogen, silicon and sulphur, which influence our Earth's entire climate system.

Video of the eruption can be watched by clicking here or on the image below.