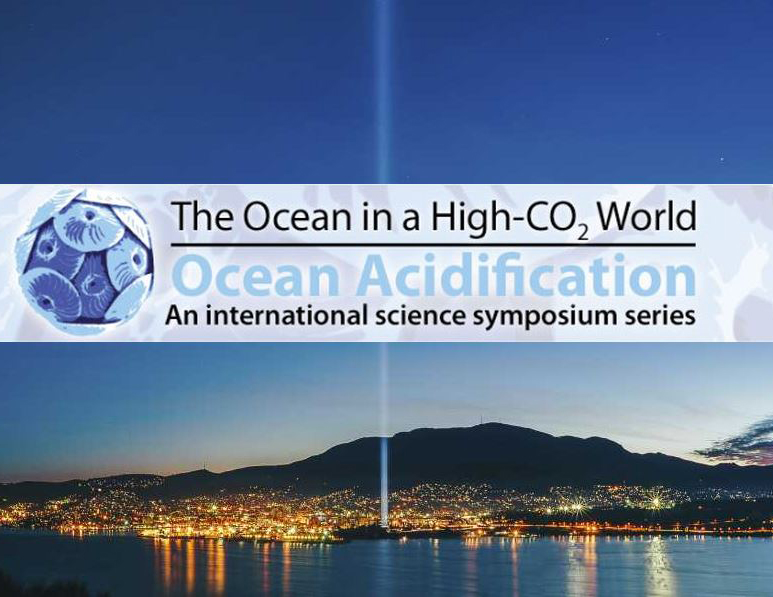 Prospects for understanding and managing the growing issue of acidification of the world's oceans will become clearer this week when more than 350 scientists and marine industry representatives meet in Hobart for the 4th International Symposium on the Ocean in a High-CO2 World.

Held every four years, this will be the first time it has been hosted in the Southern Hemisphere.

Symposium convenors are Associate Professor Catriona Hurd, from the University of Tasmania's Institute for Marine and Antarctic Studies and CSIRO's Dr Andrew Lenton.

Assoc Prof Hurd said ocean acidification was a global problem causing measurable changes in the chemistry of the oceans.

She said atmospheric carbon dioxide (CO2­) levels are rising as a result of human activities, such as fossil fuel burning, and are increasing the acidity of seawater.

"In little more than a decade, scientists around the world have generated a picture of impacts suggesting that ocean acidification has the potential to affect the entire marine ecosystem, from the bottom to the top of the food chain.

"It also has the potential to impact the key ecosystem services that the ocean provides such as food security, and the economic impact of ocean acidification could be substantial.

"To better observe and monitor these changes a global monitoring network has been set in place.  Recent scientific work in the Australian region has taken the critical first steps towards mapping and projecting these ocean chemistry changes," she said.

Dr Lenton said historically the ocean had absorbed approximately 30% of all CO2 released into the atmosphere by humans since the start of the industrial revolution.  In this way the ocean had played a critical role in slowing the rate of global warming.

"However, this has led to globally detectable changes in the chemistry of the seawater, which will persist for many millennia," he said.

He said collaboration between scientists and national research agencies is leading to development of a global network of facilities to monitor all the world's oceans, and in the Australian region this includes facilities at the Antarctic ice edge, in the Southern Ocean south of Tasmania and around the Australian coastline.

Dr Dick Feely, from the US-National Oceanic and Atmospheric Administration, said that under projected CO2 emission scenarios modelled by scientists, ocean acidification will double in highly vulnerable regions over the next several decades.

For more information go to the Symposium website: http://www.highco2-iv.org