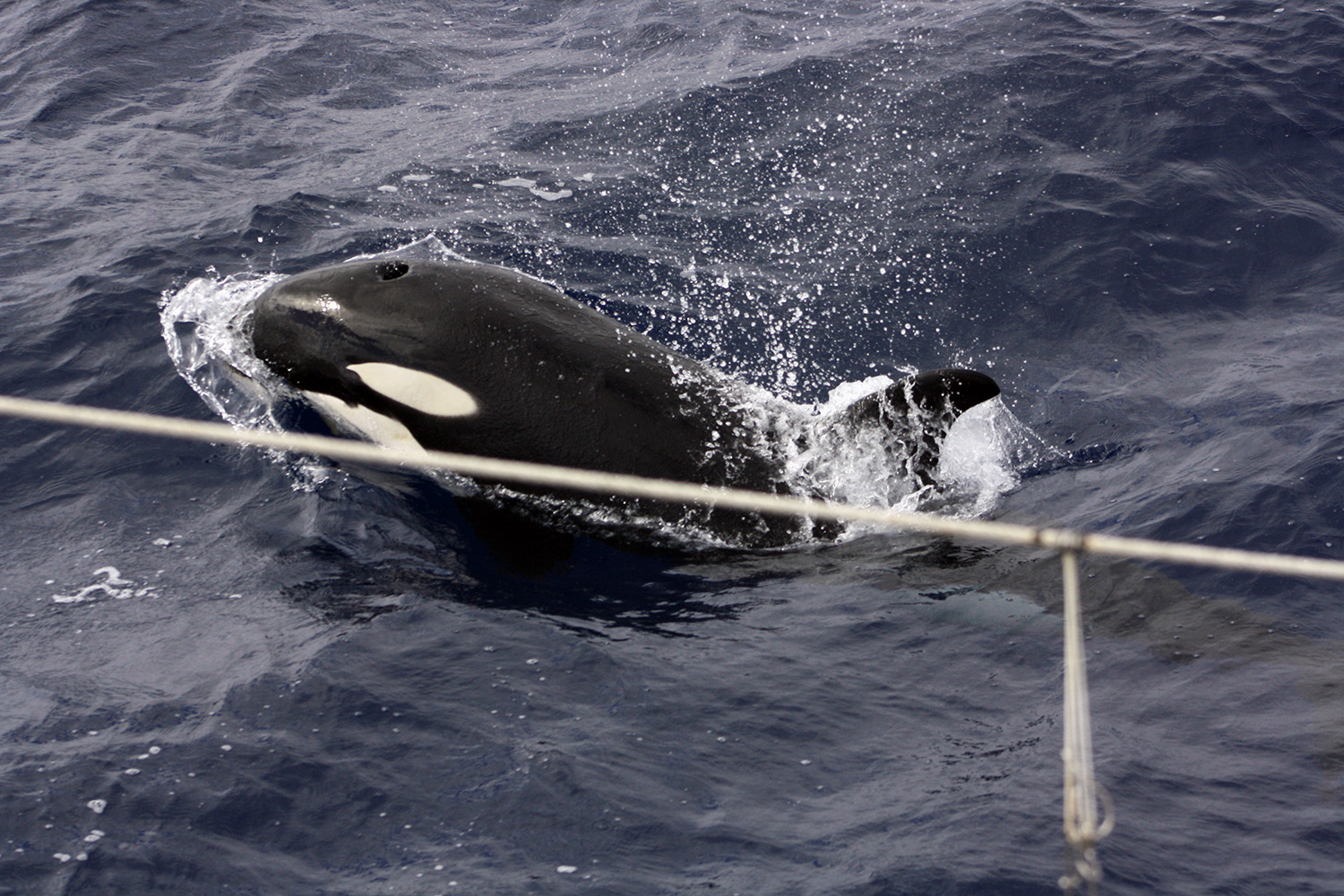 Researchers have documented some killer whales covering hundreds of kilometres at incredible speeds between long-line fishing vessels for a quick meal, during a new study monitoring the marine predator’s interaction with blue-eye trevalla fishers off South East Australia

Led by scientists from IMAS and Deakin University, the study published in Fisheries Research combined acoustic detection devices on commercial fishing gear with photo identification of individual orcas. The aim was to improve our understanding of their behaviours, to potentially inform efforts to reduce both industry losses and potential harm to the marine predators.

IMAS lead author Matthew Cieslak, who carried out the study as part of his Master's degree under the supervision of Dr Paul Tixier and Associate Professor Mary-Anne Lea, said one particularly persistent animal swam more than 1,000 kilometres in 16 days and was repeatedly observed near the fishing vessels and gear.

“Marine predators removing catch from fishing gear, a behaviour called depredation, is a global issue. Killer whales are a key species of concern, because of their wide distribution and their ability to remove large quantities of catch,” Mr Cieslak said.

“As well as causing significant commercial losses, depredation can result in marine mammal deaths and injuries, despite industry strategies that have heavily reduced such interactions.

“Mitigation efforts are limited by a lack of knowledge about the extent of depredation and the methods by which killer whales take catch, along with their natural ranges and ability to interact with vessels,” he said.

“Our study aimed to address these knowledge gaps by determining how early killer whales reached the vicinity during the fishing process, and how far they travelled to repeatedly interact with vessels.

“Our acoustic data showed killer whales were often near fishing gear long before being observed on the surface, although it’s unclear if this is because they detect and follow vessels, or because commercial fishing grounds overlap with their natural distribution. 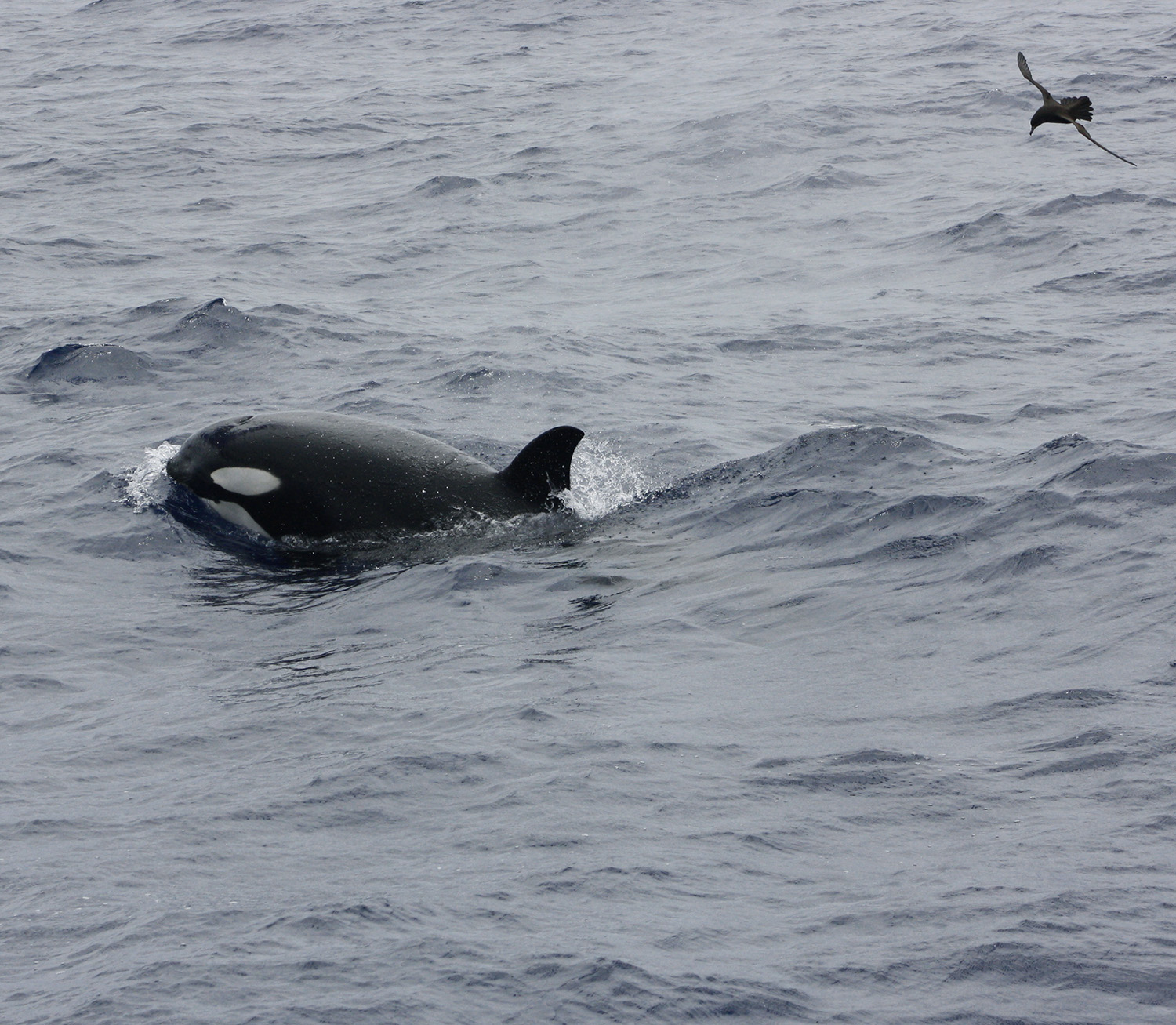 “While one killer whale we tracked covered an exceptional 1,000 km over 16 days, another swam more than 180 km over 18 hours. Meanwhile, almost half of the individuals we photographed were observed near multiple and successive longlines,” he said.

“Before the use of acoustic devices, surface observations were relied on to establish when killer whales were near longlines, but it’s now clear their interactions are beginning much earlier than previously thought,” he said.

“Our findings will hopefully encourage vessels to speed up their operations. For example, by using shorter longlines and reducing the length of time they are deployed, the fishing industry may be able to minimise their loss of catch from depredation.

“It is possible to miss depredation events during visual-only studies, so by measuring the extent of these missed events our findings will help improve the accuracy of fish stock assessments.

“We still have much to learn about the natural ecology of South East Australian killer whales and their natural foraging areas.

“Additional novel study methods such as satellite tracking and stable isotope analysis of orca diets could provide further important insights into the movements of these animals and the sharing of resources between killer whales and fisheries,” Mr Cieslak said.