Ocean warming is likely to alter the distribution and lifecycle of ecologically and commercially important Antarctic krill over the rest of this century, according to new IMAS-led research.

Published in the journal Nature Climate Change, the study looked at how krill growth habitat is likely to be affected by changes to ocean temperatures and the concentration of the species’ preferred food, phytoplankton.

The research team found there would be a moderate impact across 85 percent of the Southern Ocean, with krill expected to move further south and shifts in the time of year when conditions are most favourable.

The research was led by IMAS PhD student Devi Veytia and included scientists from the Australian Antarctic Division, ACE CRC and the British Antarctic Survey.

Ms Veytia said the study’s findings included a projected change in the seasonal distribution of krill habitat, particularly around northerly fishing grounds near the Antarctic Peninsula. 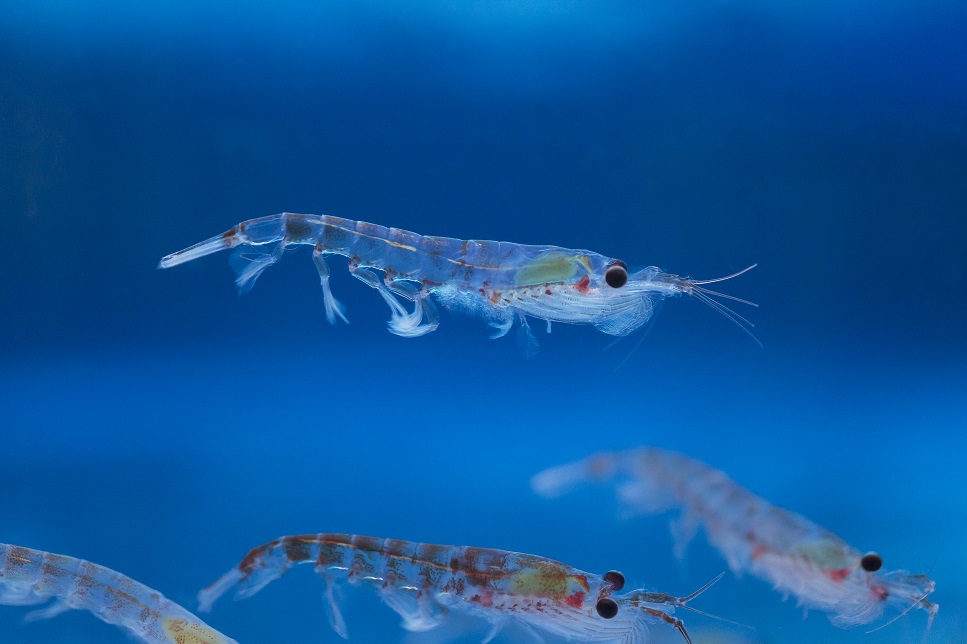 “Understanding how krill will respond to climate change and the ecological impacts of those changes is important to both conservation efforts and the management of the fishery, the largest in the Southern Ocean.

“We found that over the coming decades krill habitat quality can be expected to improve in spring, particularly further south and on the continental shelf.

“In summer, there was little net change, but good habitat redistributed, increasing at high and low latitudes and declining in mid-latitudes.

“In response, we expect krill habitat to move south into higher latitudes.

“At the same time there will be a change in the time of year when krill habitat is optimal, improving in spring, but declining in important regions during summer and autumn.”

Ms Veytia said the shift in seasonal habitat quality, especially around the Antarctic Peninsula, could disturb the synchronisation between krill and the annual cycle of this important ecosystem.

“The commercial fishery, which is currently centred on the Antarctic Peninsula and south Scotia Sea, could also be affected, leading to shifts in the distribution and timing of the fishing effort.

“The geographical shift of krill habitat towards more southerly waters is also likely to have ecosystem impacts, particularly for land-based predators at sub-Antarctic islands that have limited capacity to follow their preferred food source,” she said.