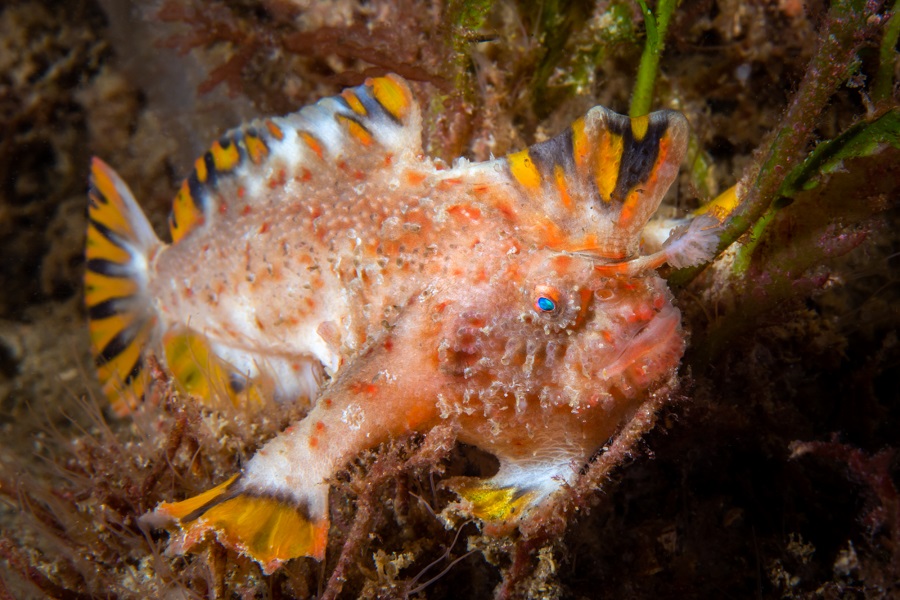 Juvenile Red handfish hatched and raised from eggs at IMAS, CSIRO and Seahorse World have been released back into the wild to help the species avoid extinction.

This week, 42 Red handfish were released, likely doubling the size of one of the remaining populations.

“Raising the Red handfish juveniles in captivity is designed to improve their chances of surviving to maturity by protecting them while they are young and extremely vulnerable,” Dr Stuart-Smith said.

“Habitat degradation is a key issue for the remaining populations – with impacts from multiple sources – one of which is overgrazing of seaweed (which red handfish live under) by urchins. “While the juvenile handfish grew in the safety of aquariums, IMAS worked with the Tasmanian Commercial Divers Association to improve their habitat for release by harvesting urchins at handfish sites, which allowed the seaweed to start to grow back.

“This is a temporary solution and just one of the strategies we need to implement to restore ecosystem balance and protect the species, but it meant we could return the juveniles to improved habitat,” Dr Stuart-Smith said.

Dr Andrew Trotter, who led the aquaculture team providing care for the IMAS juvenile handfish, said there had been a few challenges along the way.

“We have had a team of highly experienced aquaculture staff watching their every move and while culturing the species is relatively straight forward, they do appear to be susceptible to gill parasites and need live feed throughout their time in captivity,” Dr Trotter said.

“Their rarity added some pressure to the job, and throwing in a global pandemic in the midst didn’t help either, so to have 42 healthy juvenile handfish over 5cm in size released is a credit to the staff involved,” he said. 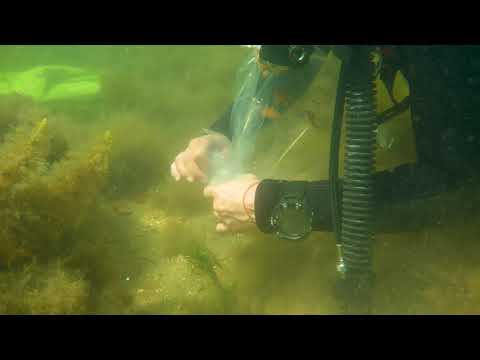 Dr Stuart-Smith said the pre-release strategy also included ‘handfish school’ to prepare them for life in the wild, with conditioning conducted at CSIRO and IMAS.

“We set up aquariums to mimic wild conditions with seaweed and other species they are likely to encounter, and trialled different prey types” Dr Stuart-Smith said.

“The release itself was months in the planning, with site monitoring, handfish conditioning, habitat restoration, and coordinating a combined IMAS and CSIRO dive team to make sure it all ran smoothly.

Ensuring safe release was only part of the story. An IMAS-based monitoring team led by Stuart-Smith has been conducting follow-up dive surveys to search for the young since the release and have been elated to report re-sightings of many of the released juveniles.

“We needed to know whether raising in them in captivity was a successful strategy and finding them days after release is a great start,” Dr Stuart-Smith said.

“There’s still a long way to go -  we need to know that these juveniles survive to maturity through ongoing monitoring, and we need to better manage their habitat in the long-term if we want to halt the decline of the species

“But in a year where everything else seemed to go haywire, we have made significant progress for Red handfish conservation,” Dr Stuart-Smith said.

To help raise funds to support the research, Handfish Conservation Project website has profiles of the 100 known adult Red handfish which can be named/sponsored.