A new joint research project between IMAS and the Climate Foundation is studying the possibility of restoring Tasmania’s iconic giant kelp forests, which have almost disappeared over recent decades due to ocean warming.

The project will assess whether remaining individual healthy giant kelp along Tasmania’s East Coast have survived due to greater thermal tolerance and, if so, whether they can form the basis for both restoration and a possible Marine Permaculture industry.

IMAS Professor Craig Johnson, one of the project’s principal investigators, said more than 95 per cent of the giant kelp forests that once dominated Tasmania’s East Coast have been lost as a result of climate change.

“The primary driver of the decline in our giant kelp forests has been the extension of the East Australian Current (EAC) into Tasmanian waters as the ocean climate in eastern Tasmania warmed,” Professor Johnson said.

“Giant kelp has suffered due to both the higher sea temperature and the nutrient-poor water that the EAC has delivered.

“Over just a few decades the extensive, rich and dense kelp forests that were once an iconic feature of the east coast have been reduced to a few isolated patches.

“In collaboration with the Climate Foundation as part of its work to regenerate food security, ecosystem services and mitigate climate change, our study aims to establish whether there’s any chance of restoring these important marine communities by identifying individual giant kelp plants that may be genetically better adapted to warmer sea temperatures,” Professor Johnson said.

Dr. Brian von Herzen, Executive Director of the Climate Foundation, said “Marine Permaculture development programs like these increase our collective capacity to regenerate life in the oceans and ensure healthy ecosystems and climate for generations to come.”

Project researcher and Climate Foundation Postdoctoral Fellow Dr Cayne Layton, said that in 2012 southeastern Australia’s giant kelp forests were listed by the Australian Government as an endangered marine community, the first such listing for a marine community in Australia.

“Giant kelp were the foundation for marine communities along much of Tasmania’s East Coast, creating complex habitats that once supported key species of conservation or commercial value, from weedy sea dragons to rock lobsters and abalone,” Dr Layton said.

“Active restoration of these now degraded and disappearing habitats represents a potential approach for conservation of giant kelp forests while at the same time offering new commercial possibilities.

“The same techniques that underpin restoration may also be able to facilitate the development of giant kelp Marine Permaculture for commercial harvest and integrated multi-trophic aquaculture.

“This study is essentially a pilot project that could lead to a much larger piece of work if we establish that there is the potential for restoring giant kelp,” Dr Layton said. 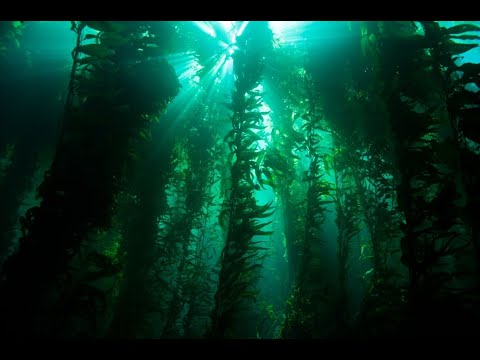