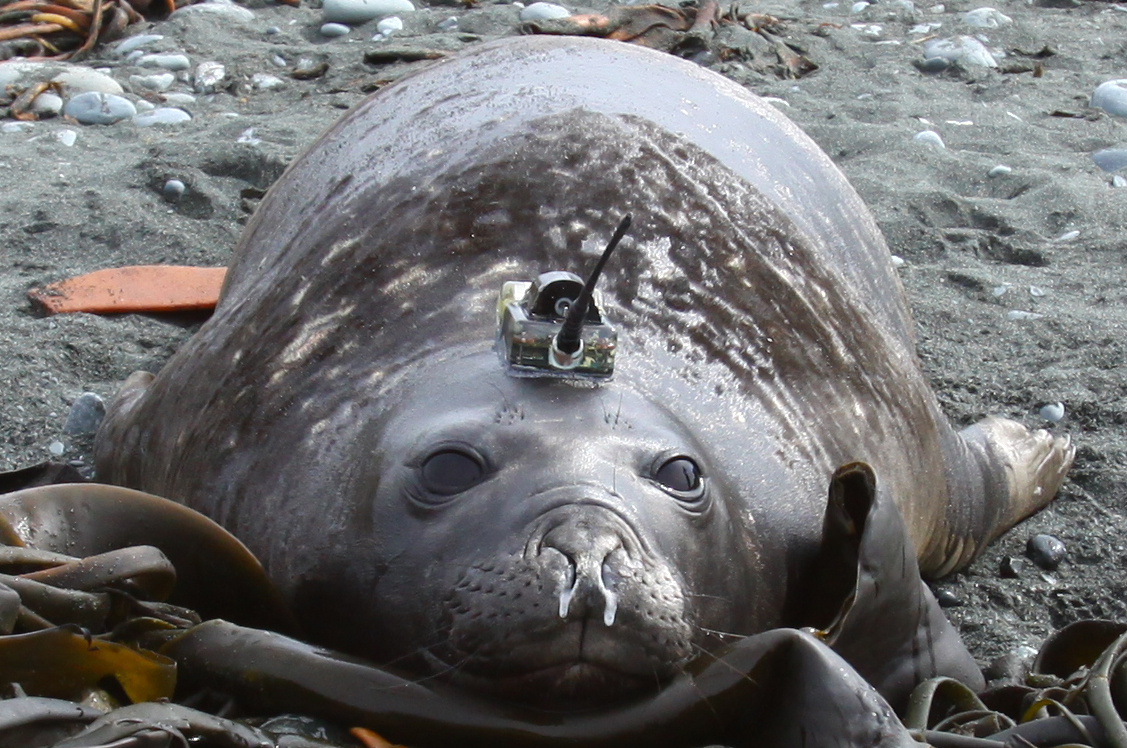 Elephant seals have helped scientists to demonstrate that fresh water from Antarctic’s melting ice shelves slows the processes responsible for the formation of deep-water ocean currents that regulate global temperatures.

The study, led by Dr Guy Williams from IMAS and Antarctic Climate and Ecosystems CRC, is published today in Nature Communications.

“Antarctica and the Southern Ocean are like a beating heart, producing deep and powerful currents of cold water that drive global ocean mixing and regulate atmospheric temperatures,” Dr Williams said.

“These currents begin with intense sea ice formation around the Antarctica in winter, which creates cold, salty and dense water that sinks and flows away from the continent in enormous volumes.”

“If this production of Antarctic bottom water weakens, it leads to changes in global ocean circulation patterns that can lead to changes in the global climate.”

In 2011, the same team of researchers discovered an important fourth source of this cold, salty and dense water - known as Antarctic bottom water – off Cape Darnley in East Antarctica.

“However we found that the contribution from Prydz Bay is less salty and dense due to the influence of fresh water by nearby ice shelves,” Dr Williams said.

“We can easily imagine that the production of these global ocean currents will slow as the rate of ice shelf melting all around Antarctica continues to increase.”

Since 2011, elephant seals at Davis Station have been instrumented with oceanographic sensors as part of Australia’s Integrated Marine Observing System (IMOS). The seal tagging component of IMOS is made possible with logistical support and funding from the Australian Government’s Australian Antarctic Program.

When the seals surface, their sensors relay information back to land via satellite, and the near real-time data is made available via the Global Telecommunication System of the World Meteorological Organization for immediate use. IMOS also makes the data available via their data portal. The oceanographic data collected by the seals is also used for ecological research into their behaviour and aids in conservation

“This study would have been virtually impossible without help from the seals, who can gather oceanographic data from areas that tend to be very difficult to access in research ships,” Dr Williams said.

“Seals have the advantage of continuing to forage and record ocean properties through the winter, exploiting small cracks and leads in the sea ice cover to breathe and allow for data transmission.

“Taking measurements in each region using traditional scientific moorings would be prohibitively expensive.”

“The seals are doing an outstanding job and the result is an important advance in our understanding of the global ocean system.”