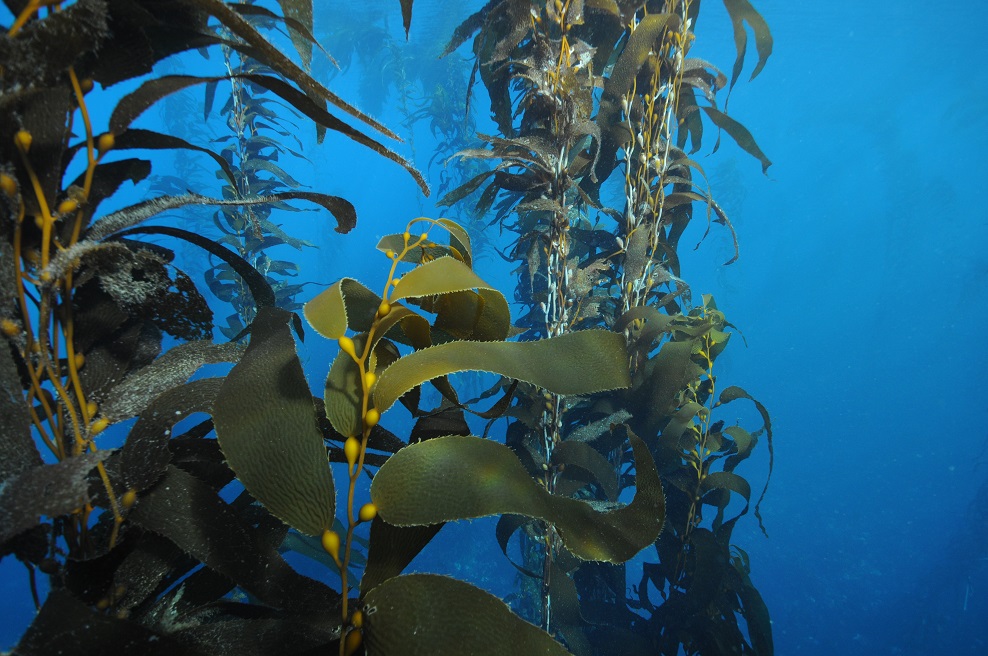 New IMAS research into giant kelp physiology has revealed the interplay between multiple climate related factors which led to the decline of the giant kelp forests that once dominated Tasmania’s East Coast.

The research, published in the journal Marine Ecology Progress Series and led by IMAS researcher Dr Chris Mabin, looked at how juvenile giant kelp respond to a range of different temperatures, light conditions and nutrients.

Dr Mabin said that while previous studies had tended to focus largely on the influence of temperature, predicting the future impact of climate change on giant kelp would require consideration of a broader range of factors.

“Over the last 60-years kelp forests forming dense surface canopies along the eastern Tasmanian coast have declined by more than 95 per cent,” Dr Mabin said.

“If we are to manage the remnant kelp patches we need to be able to better understand and predict the future impacts of climate change.

“Our laboratory study exposed juvenile giant kelp to a range of temperature, light and nutrient conditions.

“We found that temperature and light drove much of the differences in kelp performance that we observed, but nutrients also played an important role.

“We saw a rapid deterioration in kelp tissue and impaired growth under elevated temperature and light conditions, which suggest further impacts from increased temperature and kelp canopy thinning, where more light can penetrate to the juvenile kelp in the understory.

“In addition to this, warmer water arriving along the Tasmanian coast due to the southerly extension of the East Australian Current also contains less nutrients.

“For example, surprisingly, higher relative growth rates were observed in low-nitrate conditions, which may result from giant kelp regulating their nitrogen uptake and storage in response to seasonal or geographical variations.”

Dr Mabin said the research suggests that understanding the likely future impact of climate change on giant kelp will require consideration of a range of factors, as well as further research into their effect on different life stages of kelp species.

“This research shows that the impact of ocean warming may be substantially altered when there is simultaneous change in other environmental factors, demonstrating the importance of an approach that considers multiple factors.

“At the very least, climate caused changes in temperature, increased light caused by canopy destabilisation, and disruption of nutrient regimes can be expected to lead to further declines in the distribution of giant kelp,” Dr Mabin said.