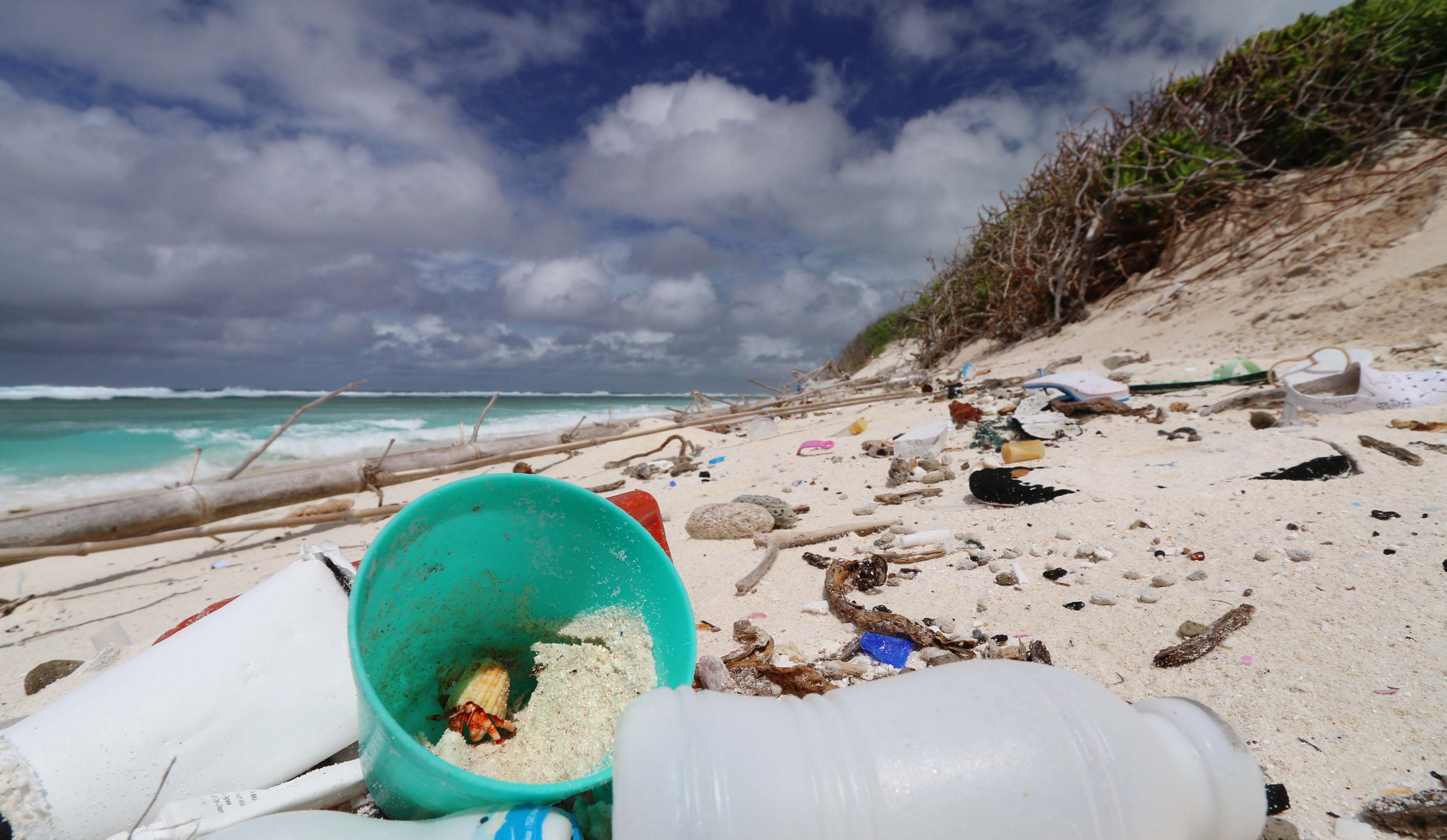 Scientists have taken a closer look at the plastic debris accumulating on Henderson Island and Cocos (Keeling) Islands to understand the impacts of plastic pollution on terrestrial ecosystems and species on beaches globally.

The new study, led by the Institute for Marine and Antarctic Studies (IMAS) and published in the Journal of Hazardous Materials, found that accumulated plastics in beach sediments act as an insulator, increasing circadian (daily) maximum temperatures by almost 3ºC.

“Sandy beaches have not been a focus previously, so this is the first time real-world in situ data on circadian thermal fluctuations of beach sediment has been collected – and it reveals that accumulated plastics increase daily temperature extremes.

“We found approximately 3kg of plastic per square metre on some of the beach surfaces of Henderson and Cocos Islands, and some of these locations are remote and uninhabited,” Dr Lavers said. The study shows that rapidly accumulating plastic debris can pose a significant heat hazard to coastal regions, which are already under increasing pressure, and this is pushing species out of their thermal envelopes.

“Accumulated plastics in beach sediments essentially alter thermal inputs and outputs like infrared radiation absorption, which causes temperature fluctuations that can have a significant effect on terrestrial ectotherms like crabs and turtles,” Dr Lavers said.

“Ectotherms are animals that depend on external sources of body heat and they are vital for healthy beach habitats, but many have narrow thermal tolerance limits.

“With global plastic production currently doubling almost every decade and much of the plastic debris that accumulates in our oceans eventually making its way onto beaches around the world, the low and moderate debris loads we observed on Henderson and Cocos are likely to transition to high debris over the next few decades,” Dr Lavers.

“Clearly further study into the physical impacts of plastics on ecosystems is needed to understand the severity and scope of these issues, but we also need to make significant shifts in how we produce and manage plastic waste – and we need to do it urgently.”