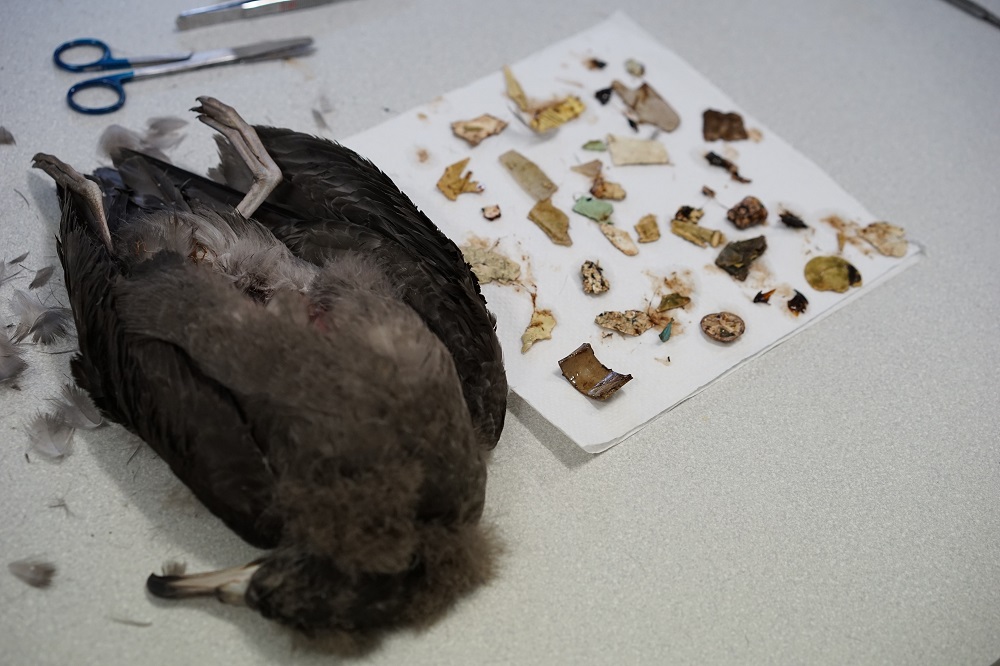 An IMAS-led study of seabirds that had ingested plastic debris has revealed a range of non-lethal impacts on their health and physiology.

While seabird deaths due to swallowing plastic debris or becoming entangled in it have received global attention, the non-lethal effects on seabirds that survive plastic ingestion are less well-known.

The study led by IMAS’ Dr Jennifer Lavers and published in the journal Environmental Science & Technology has found that plastic ingestion can have a significant negative impact even on superficially healthy seabirds.

“Plastic ingestion has been implicated in this decline but the mechanisms by which it affects shearwaters are poorly understood.

“The presence of plastic also had a negative impact on the birds’ kidney function, causing a higher concentration of uric acid, as well as on their cholesterol and enzymes.”

Dr Lavers said the study found that the simple presence of plastic was enough to cause negative consequences, regardless of the amount.

“Our data did not show a significant relationship between the volume of plastic ingested and the health of individuals, suggesting that any plastic ingestion is sufficient to have an impact.

“Until now there has been scant information on the blood composition of seabirds in the wild, many of which have been identified as threatened species.

“Understanding how individual seabirds are affected is also further complicated by the fact they spend little time on land or at breeding colonies, and most mortalities occur at sea where the causes of death are often unknown.

“The complex range of issues that face seabirds - from habitat loss and climate change to fishing and marine pollution – make it vital that we better understand the impact of particular challenges such as plastic debris,” Dr Lavers said.

The research was supported by Detached Foundation and Living Ocean Foundation.