Voyage of discovery to the East Antarctic margin 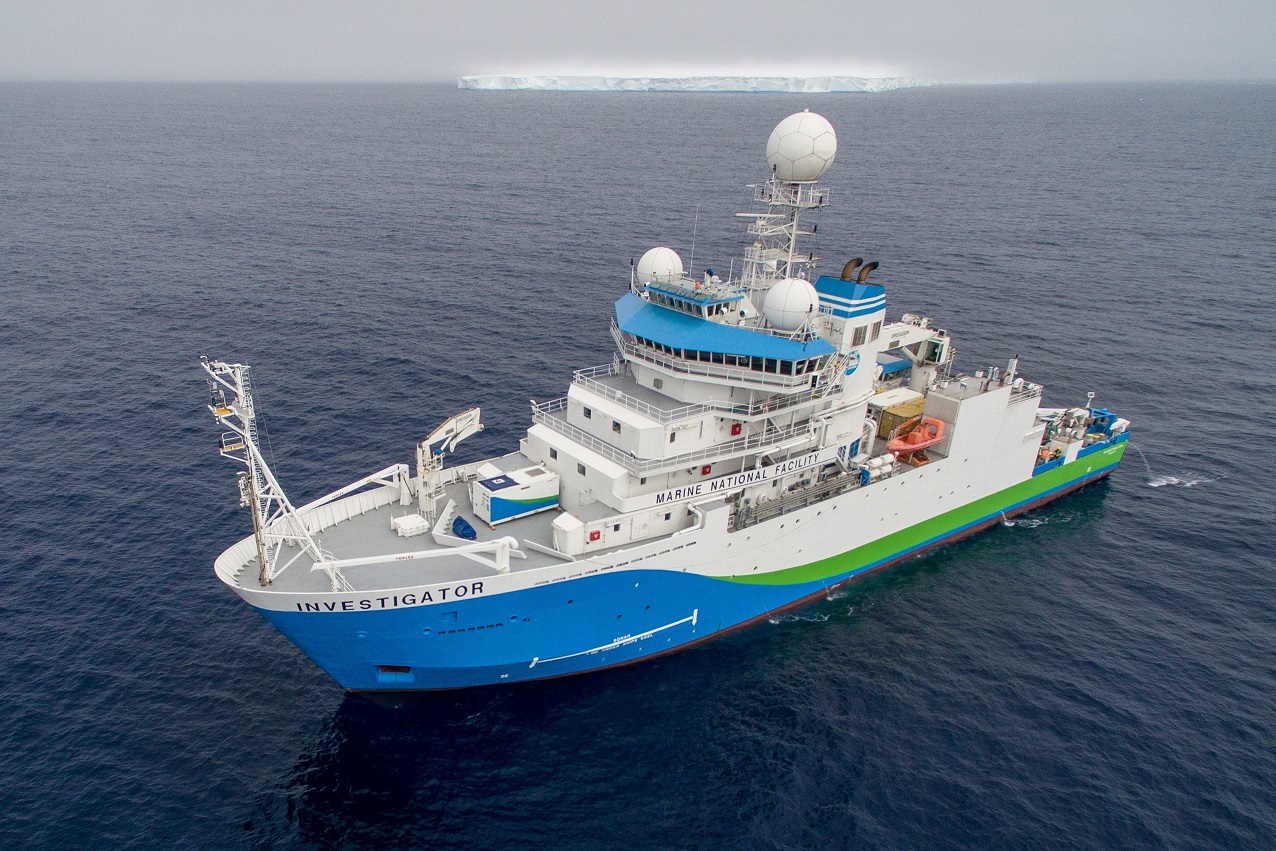 During this 7-week voyage, researchers will seek insights into the flow pathways of dense Antarctic bottom water, along with its sensitivity to changes in climate and impact on seafloor ecosystems, to help predict how a warming climate will influence future ocean circulation.

Voyage Chief Scientist Dr Alix Post from Geoscience Australia said the voyage is being coordinated by a multidisciplinary team of leading scientists from Australian research institutions and universities, and will focus on Cape Darnley, a remote region off Australia’s Antarctic Territory.

“East Antarctica is a unique and complex environment to work in, and our scientists are ready for the challenge,” Dr Post said.

The Australian Antarctic Territory covers almost 6 million square kilometres, and Cape Darnley is one of only four regions on the Antarctic margin to form Antarctic bottom water, a key component of the global ocean circulation which regulates Earth’s climate.

“In what will really be a voyage of discovery, our research team will produce the first detailed seafloor maps of this area, as well as collecting long sediment cores, analysing seawater samples and using deep cameras to image seafloor life,” Dr Post said.

“Having the best quality scientific data possible is vital for Australia, so we can manage this amazing part of the world properly.” 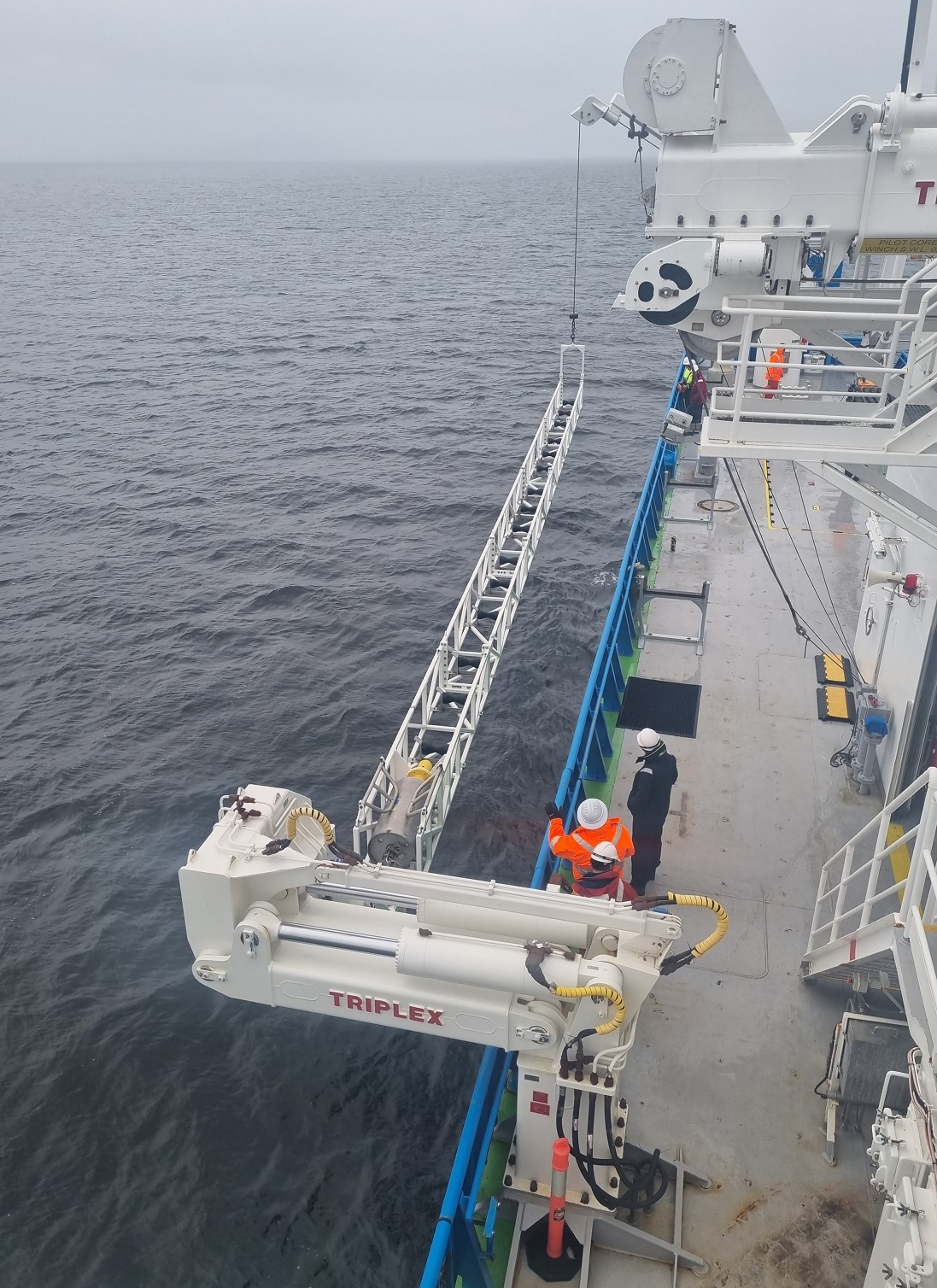 “As well as mapping the seafloor, the team will be sampling the sediments from the seabed,” Dr Bostock said.

“Clues in the sediment records will reveal past changes in sea ice, ice-sheets and ocean circulation, and evidence of possible tipping points between different climate states in the past.

“These records will unlock the history of Antarctic dense water formation during periods of Earth’s history that were slightly warmer than today. This will provide an important insight into how our global climate is likely to respond in the future.”

“The giant piston corer is a particularly impressive new capability on board and can take 24 metre plugs of sediment from the seafloor at depths up to 6 kilometres,” Ms Moate said.

“This voyage demonstrates the great capability that our expertise and RV Investigator provides for marine research in our region. We operate a suite of advanced deep-sea equipment to enable researchers to map and study life on the seafloor, as well as investigate the history of the Antarctic climate via sediment records.”

Antarctica hosts unique ecosystems that are sensitive to changes in global climate.

“Deep sea cameras aboard RV Investigator will provide the first images of the seafloor life in this remote part of Antarctica, which has been proposed as a Marine Protected Area,” Dr Post said.

“As marine scientists, it’s a privilege to collect the data that will ensure that this region can be protected into the future.”

“We don’t know what we will find, but what we do know is that diverse and thriving seafloor ecosystems can survive on other parts of the Antarctic margin, in one of the most hostile parts of our planet, in areas hidden beneath hundreds of metres of water and many months of sea ice.” 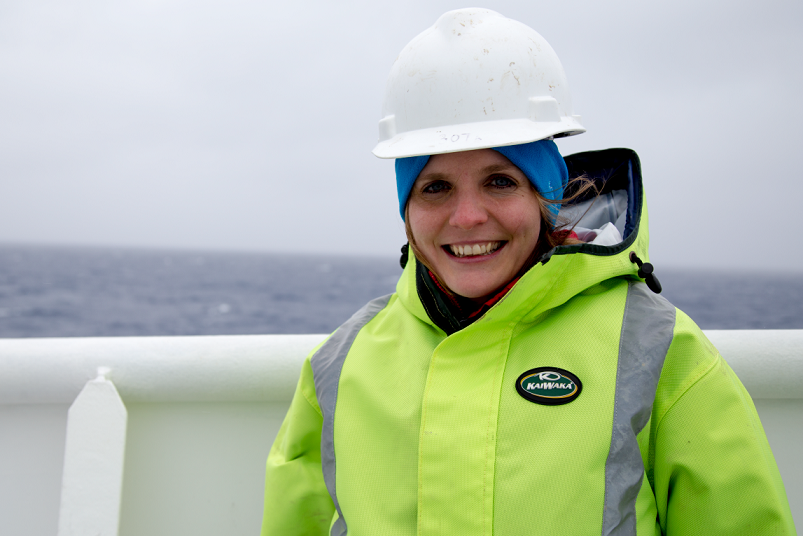 Principal Investigator, Dr Taryn Noble from IMAS at the University of Tasmania said her team will also be collecting large volumes of pristine Antarctic seawater.

“This will give us valuable insights into the processes controlling the distribution of trace metals in Antarctic waters, and will contribute to developing new geochemical tracers for past ocean and ice sheet change,” Dr Noble said.

The voyage is supported by the Australian Centre for Excellence in Antarctic Science and by a grant of sea time on RV Investigator from the Marine National Facility, which is operated by CSIRO, Australia’s national science agency, on behalf of the nation. Antarctic bottom water facts: This dense water mass was discovered in the Cape Darnley region of East Antarctica in 2013 and is produced in only four regions on the Antarctic margin.

Antarctic bottom water drives global ocean circulation and regulates global temperatures. Studies from parts of the Antarctic margin suggest its formation has reduced due to warming and freshening of surface waters over recent decades.

The cold, salty, dense water mass forms with production of sea ice in shallow, productive waters on the Antarctic shelf and then cascades down rugged submarine canyons on the adjacent slope into the deep sea.

In parts of the Antarctic margin, the combination of these rugged canyons and the flow of this food-rich water mass leads to some of the most biodiverse, fragile and colourful seafloor ecosystems on our planet.

Follow the journey: The team will be bringing their research to life through photography, video, blogs and podcasts released through the ARC Australian Centre for Excellence in Antarctic Science and on Twitter via @CANYONS_voyage and #RVInvestigator.