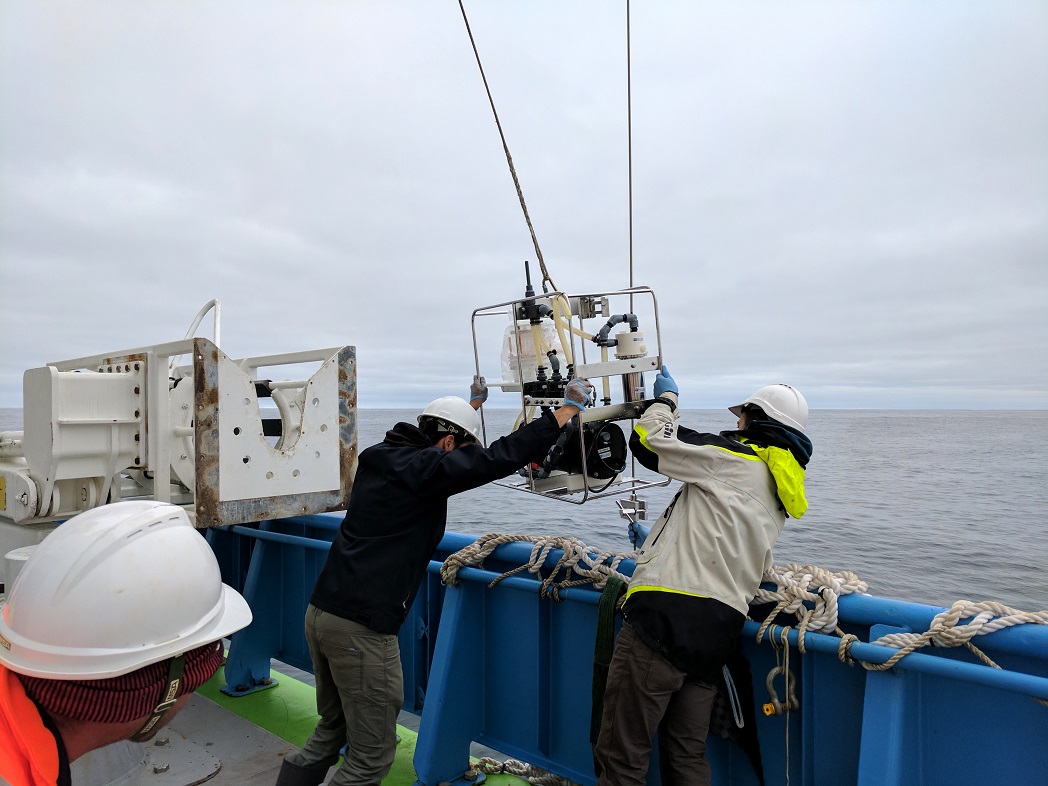 The amount of carbon locked away in the depths of the Southern Ocean could fall by almost 20 per cent by 2100 as warming waters lead to increased microbial activity, according to new IMAS research.

The Southern Ocean absorbs a large proportion of heat and CO2 from anthropogenic emissions, with billions of tonnes of carbon locked away as phytoplankton die and sink to the ocean floor.

Modelling and laboratory-based experiments have predicted that ocean microbes will become more active as the climate changes, interrupting the flow of carbon to the seafloor.

For the first time those predictions have been tested by field research in the Southern Ocean conducted by Dr Emma Cavan, as part of a project led by Australian Research Council Laureate Fellow Professor Philip Boyd

“Each year dying phytoplankton transfer up to 10 giga tonnes of carbon to the deep sea through a process known as the ocean’s biological pump,” Dr Cavan said.

“As they sink through the ocean some phytoplankton are consumed and decomposed by zooplankton and bacteria, releasing carbon dioxide back into the ocean when they respire, making the carbon available again to be released back to the atmosphere.

“During our study we collected microbes on clumps of sinking phytoplankton from the Southern Ocean south of Tasmania and measured their respiration at different temperatures, mirroring projected rises to the end of this century.

“We found that as sub-Antarctic waters warm the rate of microbial respiration will increase, confirming for the first time through field experiments the predictions made by modelling,” Dr Cavan said.

Professor Boyd said the change in activity of the microbial community would see increasing amounts of carbon recycled back into the atmosphere instead of being stored in the deep sea for many decades or centuries.

“The behaviour of the microbial community is one of a number of key processes that will change with ocean warming, with significant implications for the biological pump and long-term carbon storage,” Professor Boyd said.

“We also expect to see changes in both phytoplankton and the zooplankton that graze on them.

“Our experiment showed that increased microbial respiration alone has the potential to reduce the amount of carbon sequestered to the deep Southern Ocean by almost 20 per cent, with other processes likely to add to that figure.

“These findings highlight the potential importance of understanding how the Southern Ocean carbon cycle may alter in coming decades when evaluating the role of reducing atmospheric carbon through geoengineering, which is currently being evaluated as part of our wider research through an Australian Research Council Laureate Fellowship,” Professor Boyd said.