Researchers are celebrating the successful deployment of the University of Tasmania’s state-of-the-art Autonomous Underwater Vehicle (AUV) nupiri muka in the Amundsen Sea region of West Antarctica in February.

During its second Antarctic summer nupiri muka completed six missions, including a 60-kilometre round-trip along the sea-floor beneath a sea-ice barrier adjacent to Thwaites Glacier, a significant source of Antarctic mass loss and sea-level rise.

Launched from the Korean research vessel Araon, the AUV mapped the inflow of warm water and collected 46 valuable trace-metal free water samples, uncontaminated by metals that would be present if collected from a ship or boat. AUV Facility Coordinator Peter King said that while the team had every confidence in nupiri muka they still endured a nervous wait during its first long-distance voyage under the sea ice.

“It was a huge relief when we heard the first ping from nupiri muka on its return after nearly seven hours of silence during the 60km return voyage beneath the ice,” Mr King said.

“It was one of the best moments of my professional life, as well as for the rest of the team in the Antarctic and back in Tasmania who worked so hard to make it possible,” he said.

“Australian scientists usually carry out research near our bases in East Antarctica, but this key collaboration with the Korean Polar Research Institute has given us this unique opportunity to work in West Antarctica, where some of the most dramatic changes are taking place,” Associate Professor Lannuzel said. 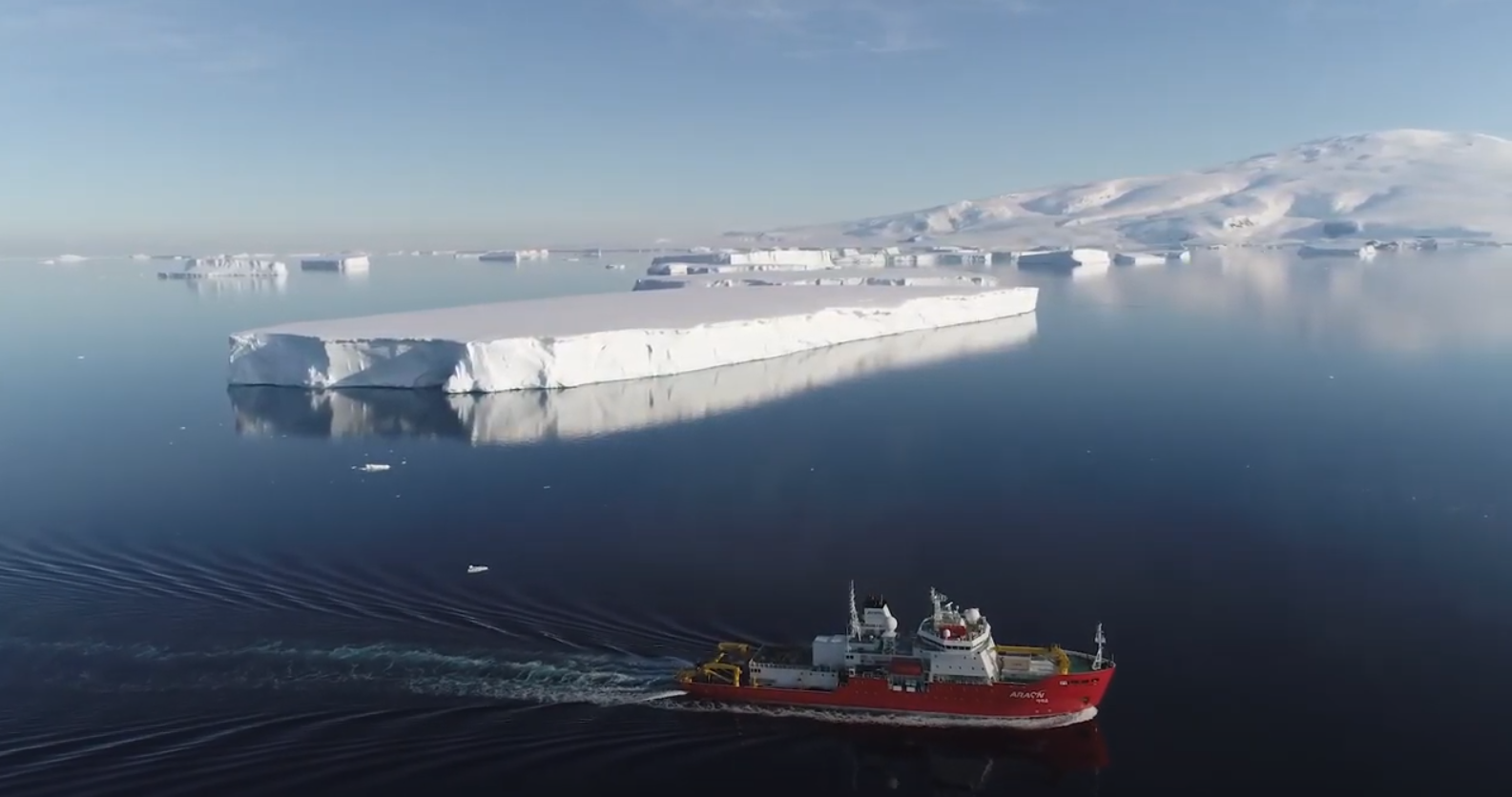 “Thwaites Glacier is significant because its rate of ice loss has more than doubled in the last 30-years.

“Data collected by nupiri muka can help scientists to find out how warm the ocean in contact with the Thwaites is getting, so we can predict how this may change in future and understand the consequences for the ice sheet upstream and the ocean downstream of the glacier.

“During its successful mission near the front of the glacier, the AUV collected physical oceanographic data and seawater samples for a suite of chemical and biological parameters.

“Over the next few weeks and months we will process and analyse the data in Hobart, in close collaboration with the Korean Polar Research Institute (KOPRI), which conducted the overarching research expedition using the research vessel Araon that we deployed from,” she said.

“nupiri muka was funded by Australia, built in Canada, deployed this summer from a South Korean ship, and operated by researchers from across the University,” Professor Coleman said.

“As one of just a handful of AUVs in the world capable of operating autonomously under the ice, it will help to ensure our research collaborations with local, national and international organisations remains at the cutting edge of global marine and Antarctic science,” he said.

The AUV is funded by the Australian Research Council (ARC) through the Antarctic Gateway Partnership and housed and maintained at the University’s Australian Maritime College in Launceston.