During an official ceremony in August 2017, the $5 million polar vehicle was granted the name nupiri muka, which means 'Eye of the Sea' in palawa kani, the language of Tasmanian Aborigines. 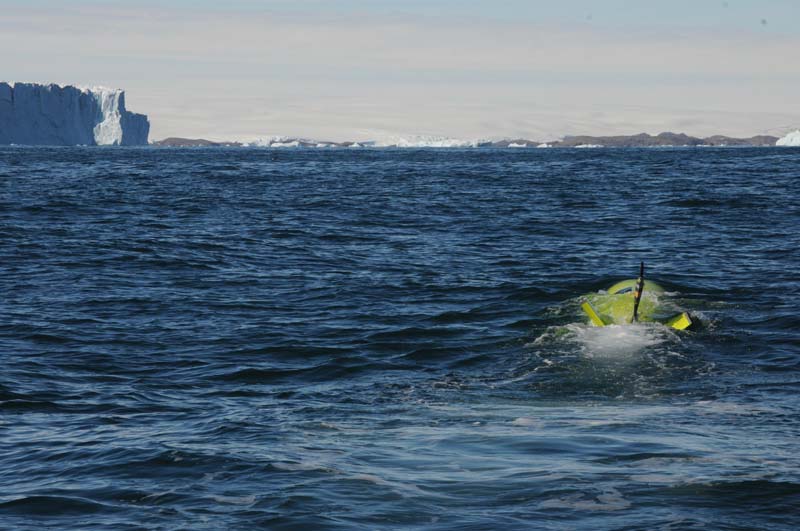 nupiri muka is capable of diving down to 5,000 metres, and aims to provide new insights into the role of Antarctica and the Southern Ocean in the global climate system.

The vehicle will be maintained and operated by a team of specialist research and technical staff at AMC’s Autonomous Maritime Systems Laboratory, a new engineering research facility.

The AUV is a vital research tool that will be deployed in the Antarctic by Australian and international researchers, including from the ARC Antarctic Gateway partners the University of Tasmania, CSIRO and the Australian Antarctic Division (AAD) AUVs are self-powered, untethered free-swimming robots that use propellers and control planes to travel through the ocean, near the seabed or underneath the ice. The AUV is equipped with a range of sensors that gather information about the surrounding environment, for example, the shape and composition of the seabed and the underside of the sea ice; the temperature, saltiness and chemical composition of the water; and the detection of geographical features and man-made structures.