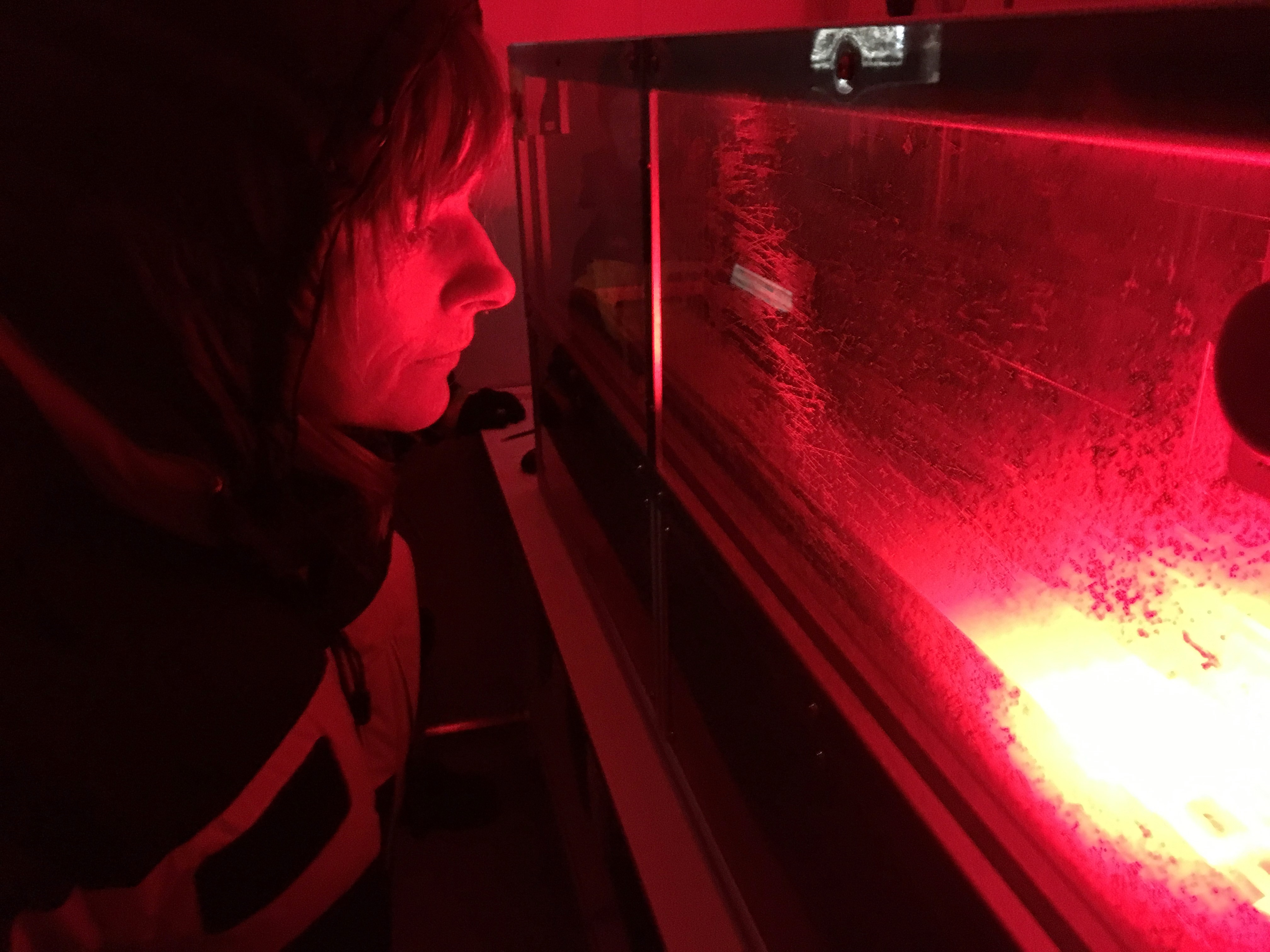 Antarctic scientists are using a high-tech camera to peer inside ice cores and reveal new clues about climate.

Palaeoclimatologist with the ARC Antarctic Gateway Partnership at the University of Tasmania, Dr Tessa Vance, is also finding fine lines in ice cores with a scanner she describes as “a big expensive photocopier”.

“The line scanner gives us these really high quality images. It reveals fine lines that are quite thin, a millimetre or two, with quite sharp boundaries,” Dr Vance said.

“We have a scale along the side so we know exactly what depth these lines are at in each ice core - we can then use the established date of each ice core to identify the year they occurred in.” 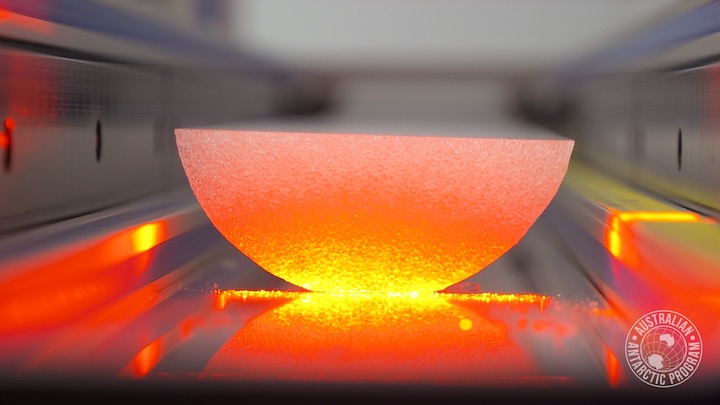 “At the moment we’re in the process of trying to date the lines because we’re still getting the chemistry and isotope data analysed for the Mt Brown cores.”

Now she wants to use the lines found in the ice for climate analysis, but how they were created remains a mystery.

“At the moment we’re going with the idea that it might be something like a temperature inversion, where the temperature near the ground is actually warmer than the temperature above the ground, and that usually happens in atmospherically calm situations.”

“It could be a meteorological process like this, or even the polishing of persistent layers by drifting snow.”

“I’m really excited to see whether these line boundaries define changes in snow accumulation,” she said.

“Most of the time people have assumed that accumulation in ice cores is relatively uniform throughout the year, but that’s as nonsensical as assuming that rain falls gently all of the time.” 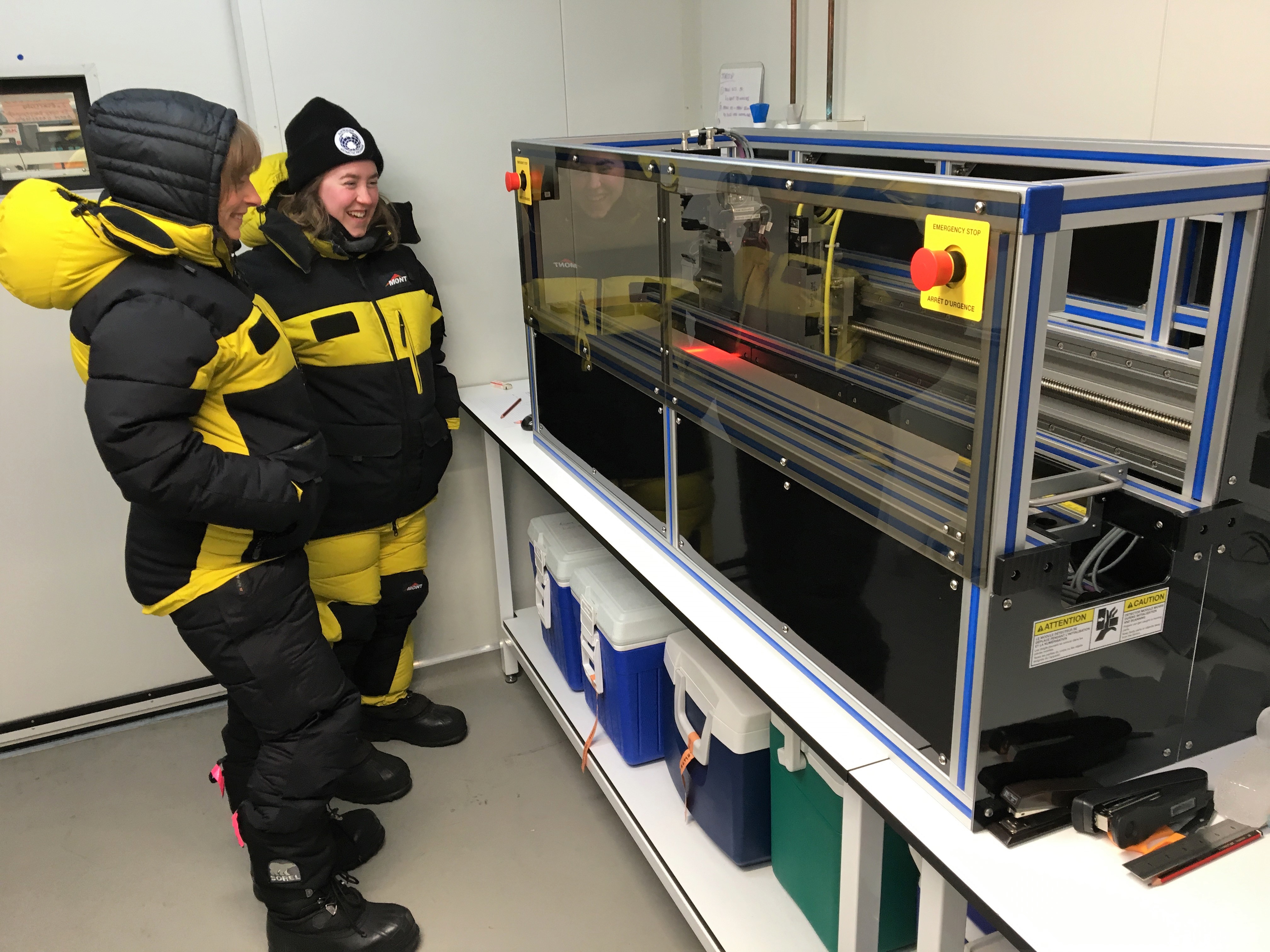 “In Antarctica, we get these episodes called ‘atmospheric rivers’ which are essentially rivers in the sky of huge amounts of precipitation coming from the sub-tropics down to Antarctica and falling as snow.”

(Image: Dr Tessa Vance and Chelsea Long work at minus 20degC in the ice core freezer with the line scanner Photo: Mark Horstman)

“Understanding how snowfall varies through time is really important to understand how the surface mass balance of Antarctica can change over time,” said Dr Vance.

Ice core scientist with the Australian Antarctic Division, Dr Tas van Ommen, said the line scanning can unlock more of the information ‘encoded’ in the layering of ice.

“By relating that to the chemistry, we think we can actually get more bang-for-buck from drilling a core in the first place,” he said.

“I think the line scanning will offer us a way of going back at relatively low expense and systematically looking at cores we've collected in the past and actually mining them for additional information.”