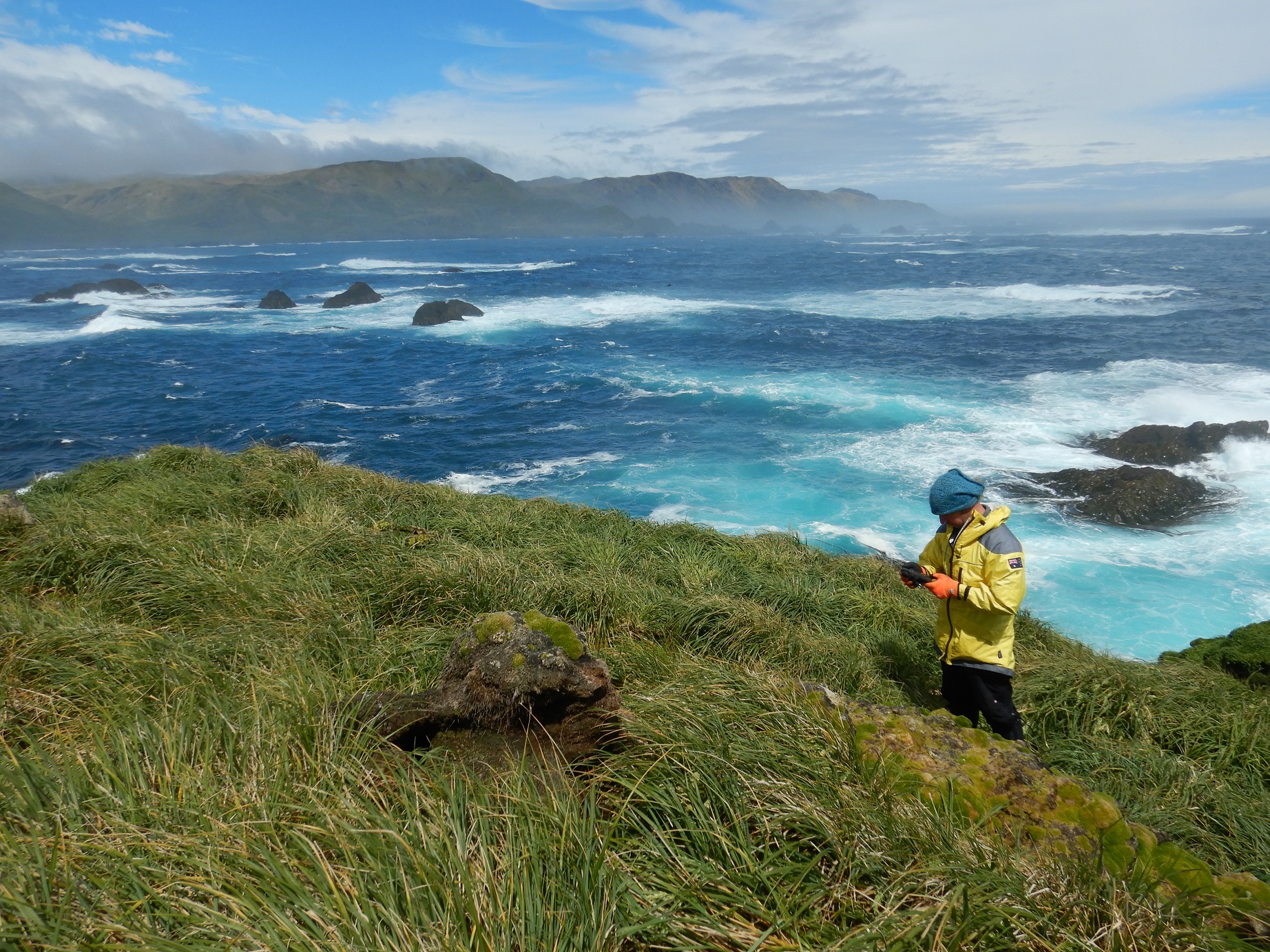 With 2021 already racing towards the halfway mark, it can be hard to keep up. In case you missed it, here's some of the research stories and achievements we're celebrating this month...

USING DNA TO DETECT BURROWING SEABIRDS IN A REMOTE LANDSCAPE

Species inventories and biodiversity assessments are vital for conservation. But how can scientists more effectively detect re-colonising or cryptic species in a remote landscape like Macquarie Island?

It’s all in the DNA! A new study found that DNA in the scats and discarded feathers of burrowing petrels gave insights into population origins and new breeding colonies – including for some species not recorded for over 20 years!

The study was published in Conservation Science and Practice.

IMAS RESEARCHER RECOGNISED AMONG OUR NATION’S MOST DISTINGUISHED SCIENTISTS 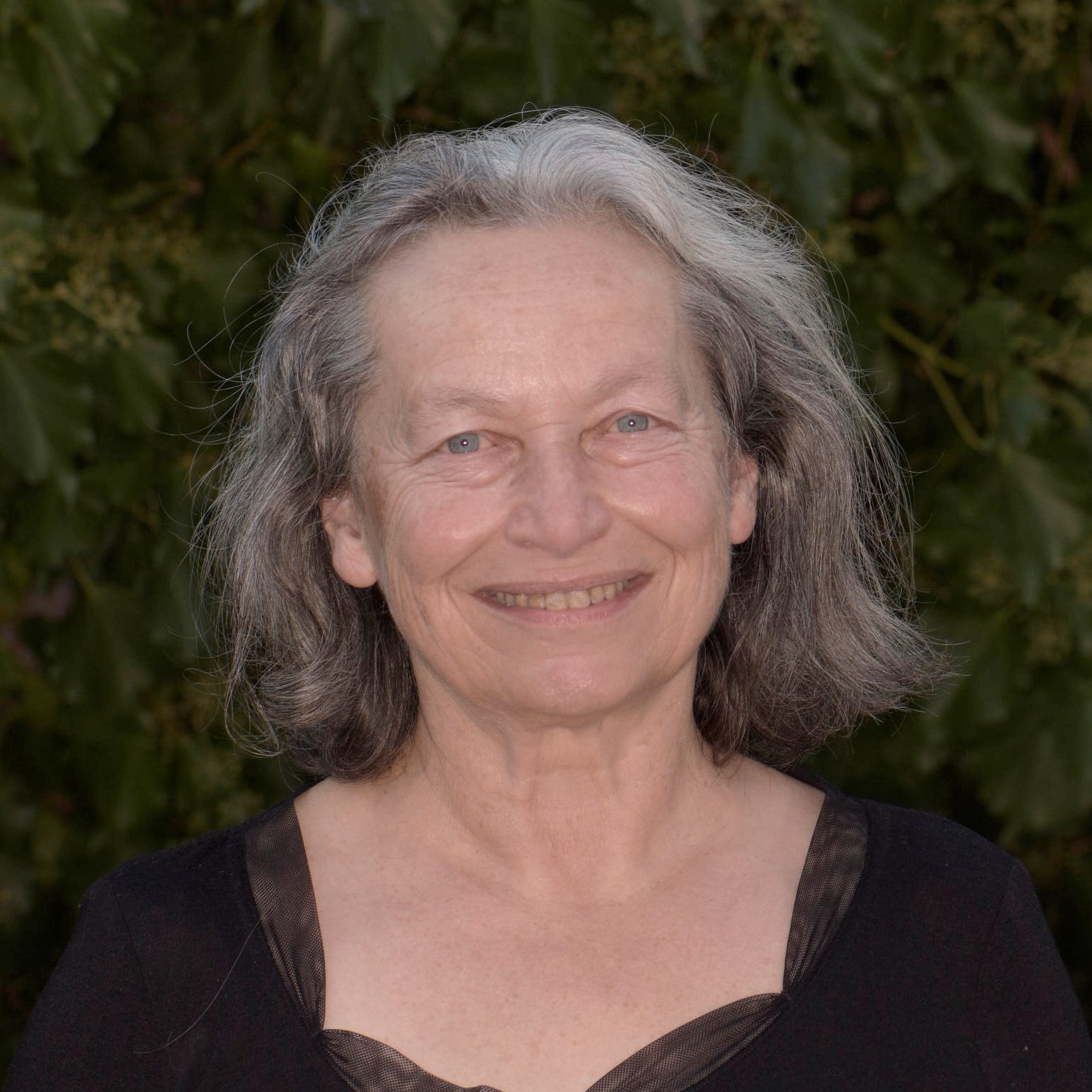 We are delighted to announce that IMAS fish health researcher Professor Barbara Nowak is one of 22 scientists elected to the prestigious Australian Academy of Science this year.

Fellows of the Australian Academy of Science are among the nation’s most distinguished scientists, elected by their peers for ground-breaking research and contributions that have had clear impact.

"I am honoured to receive this recognition for my research," Prof Nowak said

"I would like to thank everybody who made this possible, in particular my friends and mentors, Australian and international collaborators, past and present postgraduate and Honours students, and industry partners."

Congratulations, Prof Nowak - a wonderful achievement and recognition of your extraordinary contribution to science! Read more…

TURNING THE TIDE FOR RED HANDFISH Our talented and dedicated Handfish Team have received funding from the National Geographic Society to continue their important conservation work for critically endangered red handfish.

They are now part of the prestigious National Geographic Explorer team! 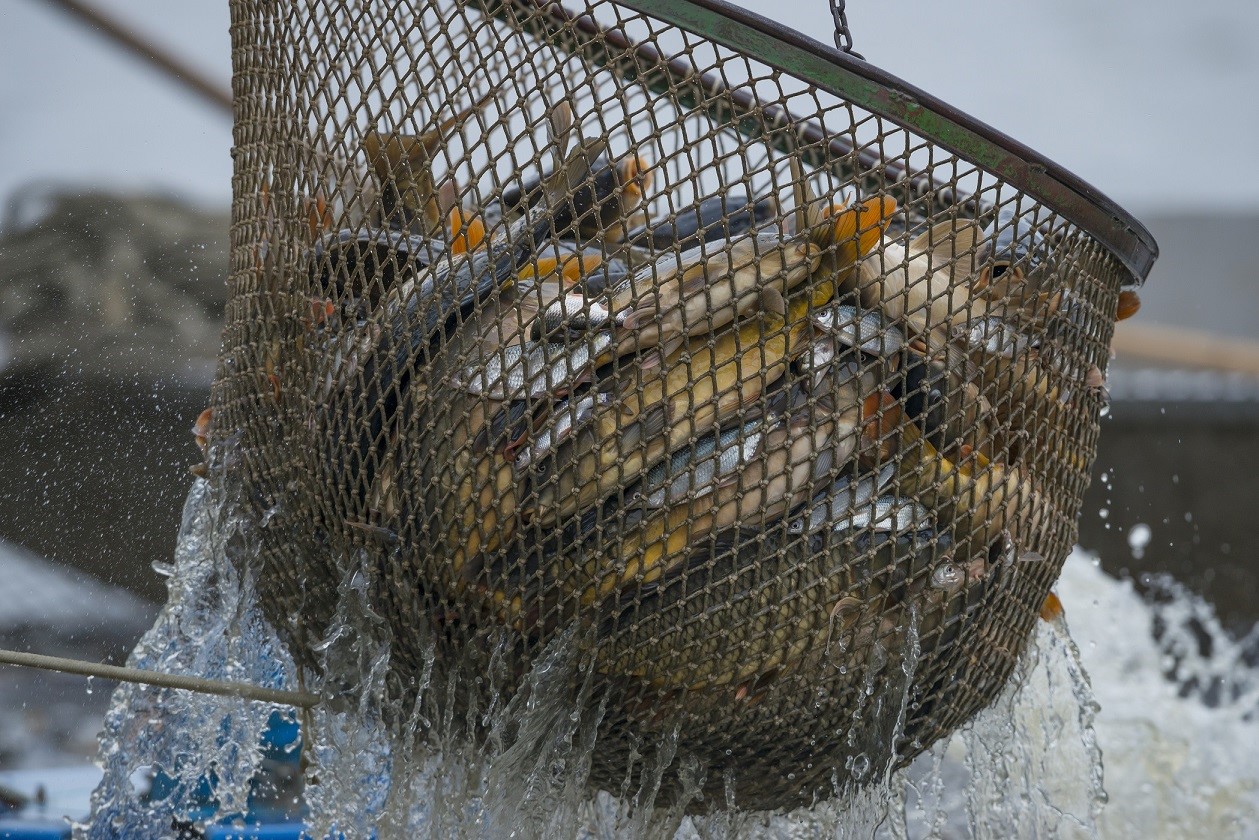 Oceans play a critical role in the future of our society, but inequity is systemic to the current ocean economy. Developing the oceans in a way that will benefit everyone is vital to achieve sustainable outcomes – and science has a role to play.

A new IMAS-led Future Seas study highlights that science and knowledge production are areas we can work on now to improve the equity of our future oceans. This includes critically reflecting on our own practices to challenge how we work and think in the marine science space.

The study was published in Reviews in Fish Biology and Fisheries (Photo: Shutterstock) 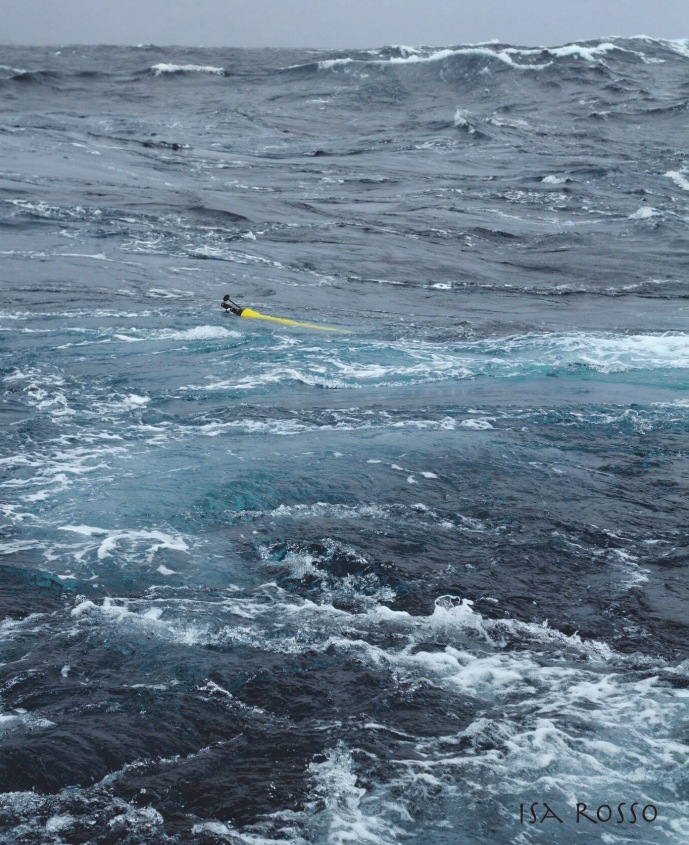 New research by IMAS | Centre of Excellence for Climate Extremes (CLEX) PhD student, Jiaoyang Su, looked below the surface of the Southern Ocean to understand the productivity of eddies, with unexpected results.

Ocean eddies are spinning parcels of water about 100km across and up to 1500m deep. They occur everywhere in the ocean.

In the southern hemisphere, eddies that spin clockwise are cooler than the surrounding ocean because their rotation causes cold, deep water to move upwards.

This upwelling brings nutrients essential for photosynthesis to the surface and makes clockwise-rotating eddies more productive. The opposite is thought to be true for anti-clockwise rotating eddies.

Jiayoang’s work found that almost all Southern Ocean eddies – clockwise or anti-clockwise rotating – are more productive than the surrounding water. These findings were explained by a combination of the circulation in eddies and the response of phytoplankton to variable light. 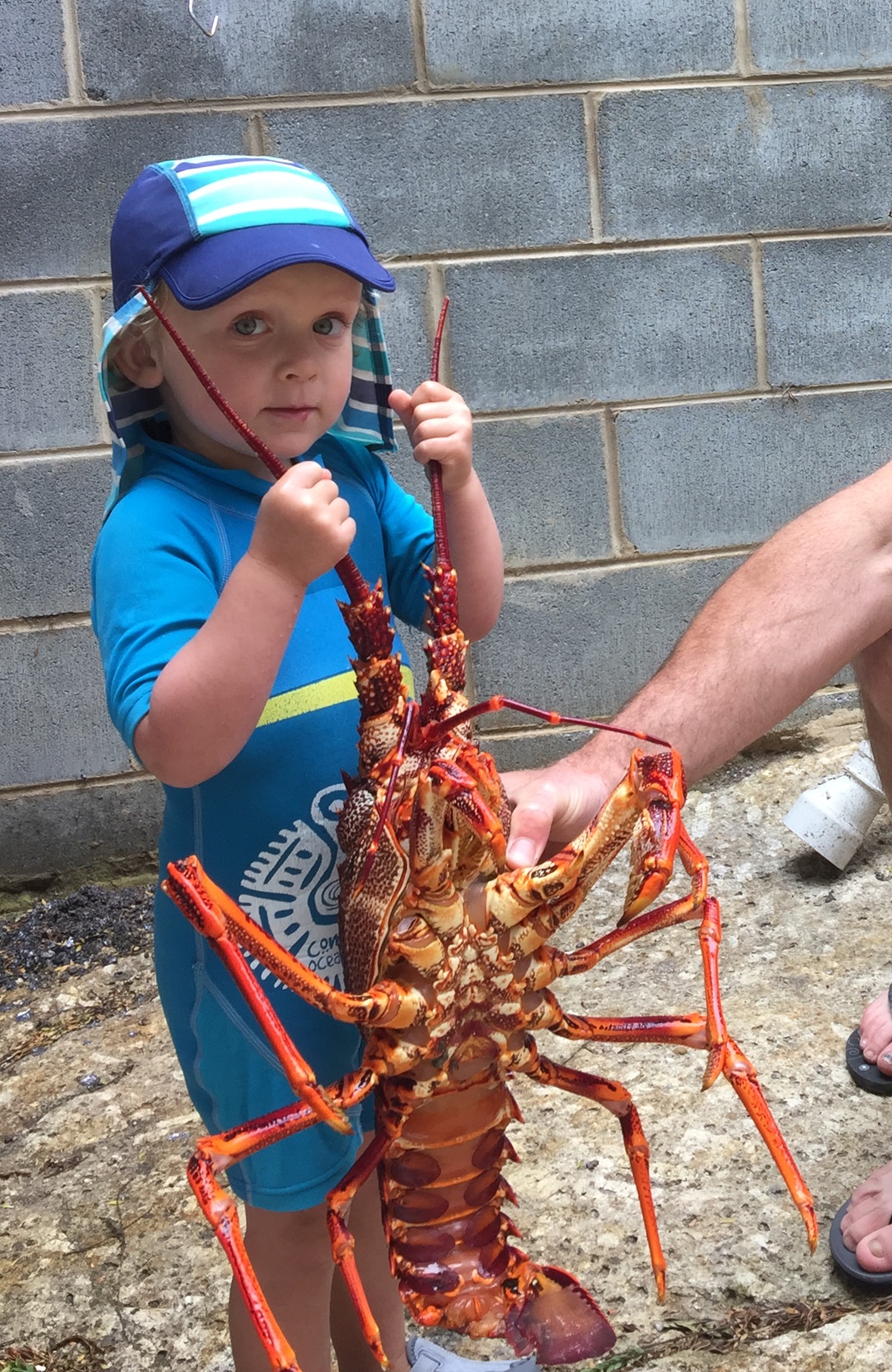 The study was published in the Journal of Marine Systems. Photo: Isa Rosso

IMAS runs a regular lobster tag lottery as an incentive for commercial and recreational fishers, processors and the broader community to report the tagged rock lobsters they recover and contribute to research into the size of stocks and sustainable harvests.

Every year IMAS relocates thousands of rock lobsters, moving them to many different places around the coast of Tasmania. Last year alone we relocated 122,524 lobsters.

In May, three fishers who reported their tagged rock lobster catches were winners in our first IMAS lobster tag lottery draw for 2021.

Caught a tagged lobster? Find out how to report it and be a winner here.

MORE IMAS NEWS STORIES YOU MAY HAVE MISSED…

IMAS Adrift Lab scientists have found that accumulated plastic pollution in beach sediments acts as an insulator, increasing daily maximum temperatures by almost 3ºC – and it’s pushing species like crabs and turtles out of their thermal envelopes. (Photo: Luke Hosty)

To better understand the functional health of reefs in the lower Channel, IMAS researchers conducted assessments to establish a baseline in this region against which future monitoring data can be measured.

Created by the IMAS-led Adrift Lab team, Disposable Progress will take you from the first exciting moment plastic was discovered, through the growth of our convenience-obsessed throwaway society, to the scientists and communities working to save a planet drowning in plastics today. One of 52 week-long exhibitions presented by ArtSpace this year, you can still take a virtual walk through the Disposable Progress exhibition here.

Vast naturally-occurring floating seaweed rafts in the sub-tropical North Atlantic were the focus of new research investigating the climate-intervention potential of seaweed farming. But an IMAS-led study has revealed that, while basin-scale seaweed farming in the open ocean could be a carbon sink, it may not be the simple remedy for atmospheric CO2 removal that many have proposed (Photo: Martin Jung).

As the oceans warm, many marine species are on the move to keep pace with their preferred environmental conditions – and it’s having a profound effect on the structure and function of the ecosystems they leave behind and those they move into. This IMAS study provides a comprehensive continental-scale review of everything scientists know so far about species on the move in Australia’s marine systems.