Antarctica and the oceans have historical, social and cultural significance, and unique and exceptionally successful governance arrangements. Governance of Antarctica centres on the 1959 Antarctic Treaty. This treaty has facilitated the subsequent development of a regime of international law successfully ensuring the region remains free from international discord, retains its demilitarised status and balances the interests of claimant, non-claimant and non-signatory states.

Management of both Antarctica and the oceans involves complex interactions between national regulation and international instruments. Antarctica is also the inspiration for significant literature, and the visual and performing arts.

The Antarctic and Ocean Governance area supports research in law, the social sciences and the humanities. Our research explores the legal and governance challenges surrounding Antarctica and the Southern Ocean plus insights from the humanities on the history and culture of these areas. The approach to this research involves national and international collaborations, and crosses disciplines. Our outputs include peer reviewed literature, position statements, and support for informed decision-making.

IMAS past and present students making an impact

Among delegates and staff of the 39th Antarctic Treaty Consultative Meeting (ATCM) in Santiago, Chile, in June 2016 were a number of past and present (IASOS) IMAS students.  The ATCM is a meeting of the 53 countries that are parties to the Antarctic Treaty.

Delegations from 29 of those countries, including Australia, meet annually over eight days to decide measures, decisions and resolutions regarding the Antarctic. Past and present IMAS students attending the meeting included (pictured, left to right): 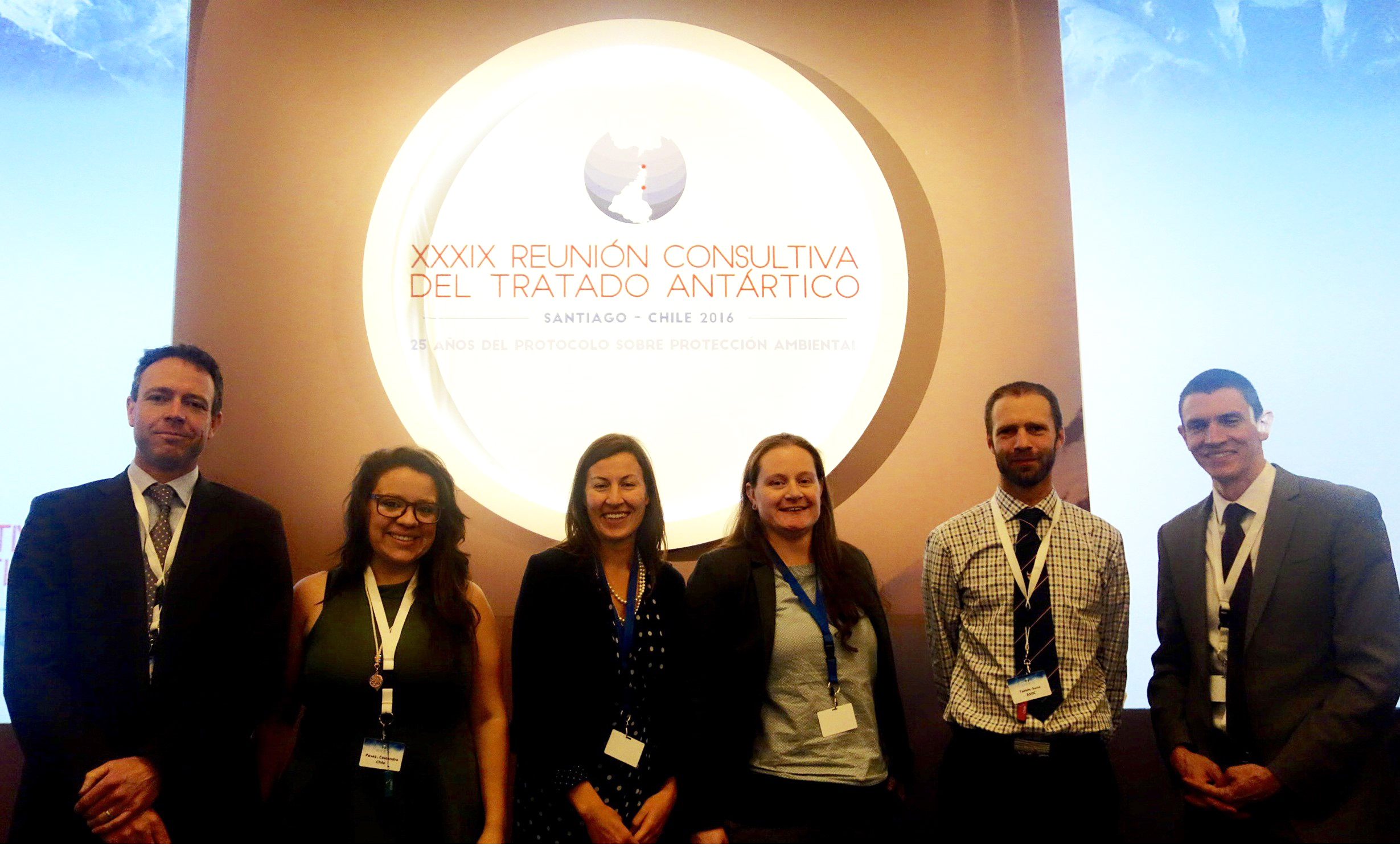 Dr Jeff McGee is the Senior Lecturer in Climate Change, Marine and Antarctic Law at the University of Tasmania.…